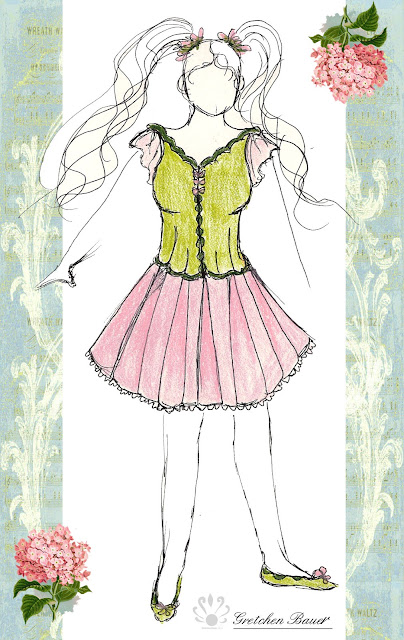 Today's improved fashion design is named Flower Frilly..guess that's all that came to mind at the time. I designed the outfit based off pink flowers, which is why the blouse is a nice green color like leaves, the sleeves a belled flower shape which drape gently on the shoulders, and the hair is bunched up with flower petal scrunchies.

I love the colors and dustiness of  this fashion panel, assembled with a free blog backdrop and a selected pink flower bunch from an old postcard. The colors worked surprisingly well together, and with a little adjusting I managed to pick up on the hints of green in the border, just enough to coincide with the blouse and shoes of the outfit. It wouldn't have been complete though without a little pink thrown in to match the skirt and pink accents; so I added a dusty pink flower bunch to opposing corners, and it worked perfectly.

See how much a simple backdrop can do for an old design? Now when I look at the image I think of pretty cottages and creamy chalk paints; a great improvement in my eyes. (Speaking of age, I do believe this image dates back to about 2008 or 2009.)

Below, just so you could see my process, the original is a little more muted in tone and crispness (left), and then I go in and adjust the levels to help the colors and details stand out a little more (right). This design was sketched out with a fine tipped, inky pen, and then colored with Prismacolor pencils. Each outfit design is made with me in mind, which is why I always like adding flowy hair and extra frills. 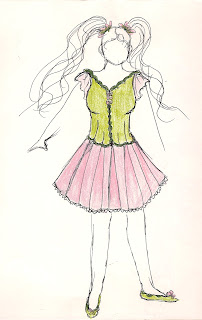 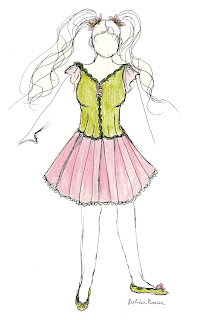 Stay tuned for future fashion panels. ^.~
Posted by Pearllight at 2:04 PM No comments:

Artsy muse, past fashion clean up

I've been on and off of projects, working on books, sketching out new designs, and planning out craft projects; but the one thing I've been doing most of is adding an extra pop to my past fashion designs. Though they may be old, they were a learning experience and muse of my youth. To me, each design is to be cherished, regardless of age, and I feel that with an extra touch they can be seen as a new piece of work.

Below I've displayed six of my designs, each of which now have backgrounds to fit their themes. But I'm keeping the completed works for later sharing; for now I'm just showing each image as they were before I cleaned them up and placed them on backdrops. Here's the fun part, each backdrop I've assembled for these fashion designs will be used again; I plan to one day redraw the fashion designs, and place the new versions on the very background I used for their predecessors. For now though, the original images still hold a certain beauty to them which will serve as good reference for newer designs. 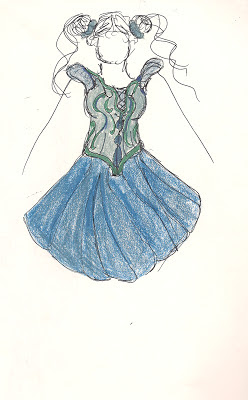 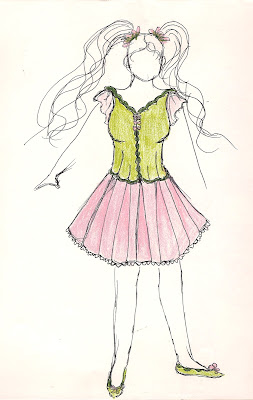 If you take notice, as time went on in my designing, my style slightly increased. Above it started off sketchy, movement rather stiff. 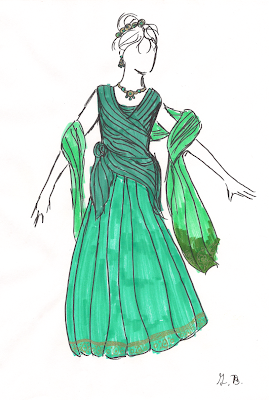 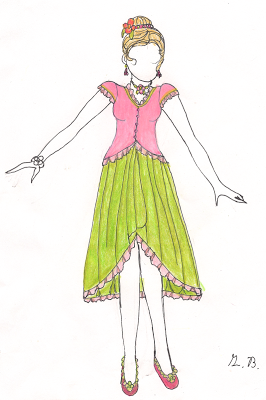 Then it goes to a little smoother in lines and gets more vibrant. 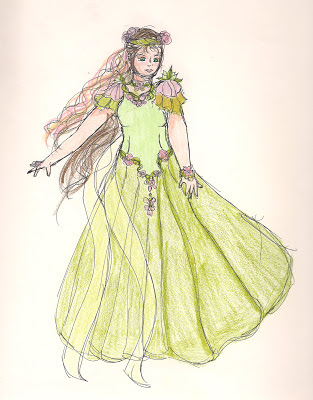 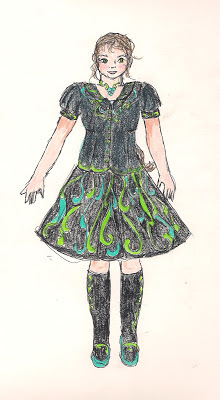 And a little later in time  it's still sketchy, but I start to add faces to my figures now and then.

I plan to get posting about each fashion piece and it's new backdrop, and have many more designs still being cleaned up and improved; so be expecting all that good stuff in later posts. ^_~

Posted by Pearllight at 2:55 PM No comments: 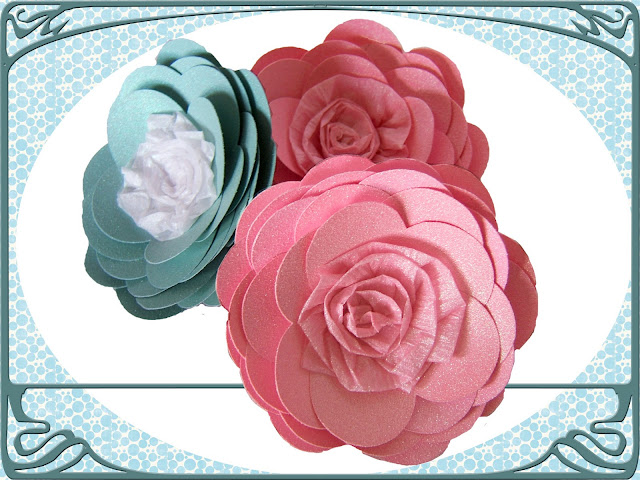 Remember those large confetti hearts I made last summer? (http://pearllightstudio.blogspot.com/2012/06/posting-from-bucyrus-ohio-where-im.html) Well, here's a fun project I used them for, if you want to make a flower that's kind of like a rose, sparkly, and easy to make. So sorry this is an extremely late post; I intended to get this finished back in February as a special Valentine's Day project.... but unfortunately didn't. Oh well, flowers are in season whether they be made of paper hearts or not, and can still make great gift for any ocasion. ^_^

These flowers serve as nice pins, or purse decor... I took some time to finally talk about them since I wanted to make the pictures look nice before uploading.

I went ahead and made several pink ones, a blue one, and a teal one. You can make your heart flowers out of anything you want, just as long as the paper is sturdy. I recommend using medium weight papers and scrapbook paper for these, so they hold up as pins and decoration. 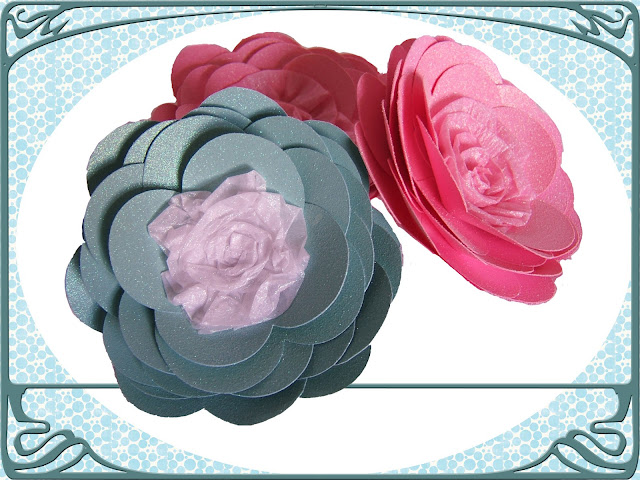 The teal blue one has a white tissue paper center, rather than being made of streamer paper. You can use whatever kind of paper strips you want for the center. 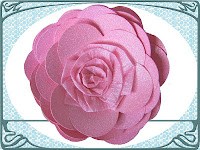 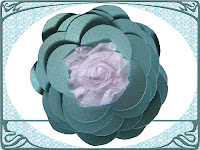 Have fun making your very own heart flowers, and hope you enjoy the tutorial video below.  ^.~


Posted by Pearllight at 5:01 PM No comments: