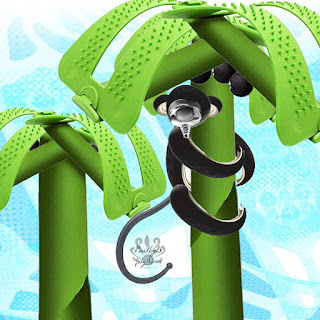 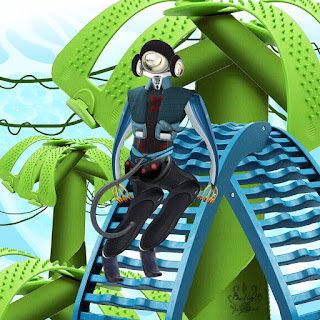 Robo Monkey. During a browse for a back massager there were some common ones that gave me ideas for a robotic monkey. It started with the tail and legs.

This set of digital collages lead to me doing a few other robot collages using the same images I used in these starter pictures. The Vybe Bot collage came second, and then Bopsy Bot collages came last.

Climbing the Ladder was the first robo monkey experiment I started. It looks a bit odd, but it was meant to seem like a humanoid structure made to appear monkey like. It gave me other ideas for a possible drawing.

"Holding On" was the second attempt, when I found a more interesting way to make an actual monkey bot. I only needed to use selections of a few images for the monkey itself. 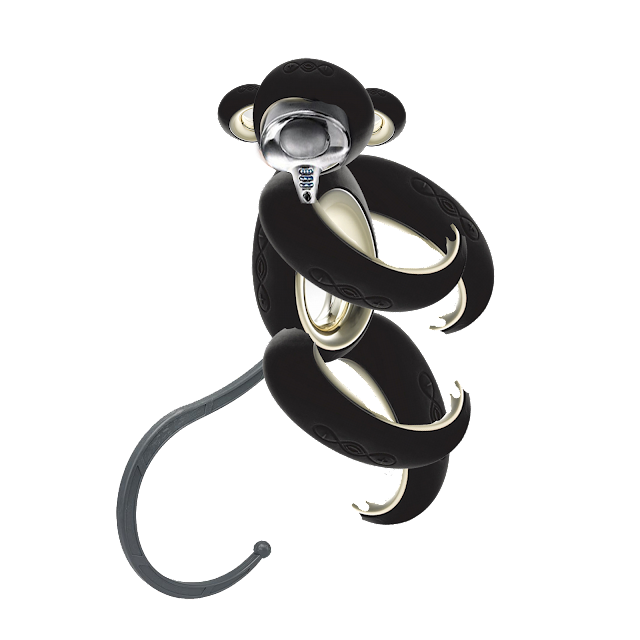 I was rather pleased with this design, and might try drawing it too.
Posted by Pearllight at 2:07 PM