Boo Bots was the prototype name for this collection. Later I decided to call them Bopsy Bots. Boo Bots may be used later for another collection.

Boo Bot/ Bopsy Bots could be the name of a brand of robot from some strange world.

These digital collages started randomly. I started getting ideas during a brows for a back massager. Certain shapes, colors, lighting of random pictures can sometimes just trigger an idea. A little playing around lead me to finding many more ideas along the way. 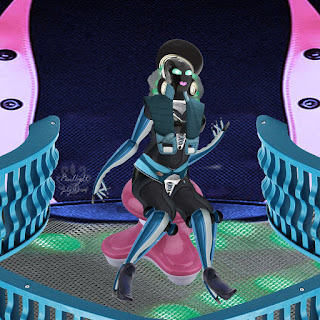 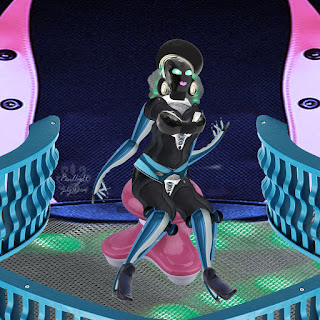 The star of the show, Bopsy the broadcasting bot. She does her radio shows directly from her bedroom balcony. She plays many a fun, bouncy tune, hence her name, Bopsy.

All items, including the background that form this digital collage are selected images/parts of images of different kinds of back massagers. Any form of technology or random household items can give me ideas though, pictures of vacuum cleaners, coffee makers, microwaves, the list goes on.

Left version is with a vest, right is without. I couldn't decide which one I liked more. 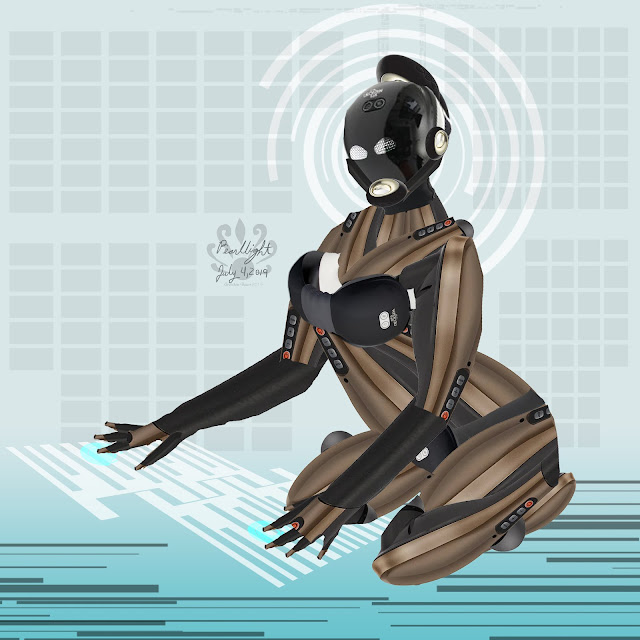 Branda sometimes logs in to her own private server where she can meditate and run through algorithms of most probable outcomes to happen. She's also searches through Digi-News, and submits articles that have sometimes predicted the future based off of her algorithms.

Here she views Digi-News on her holographic newspaper with touch sensitivity. 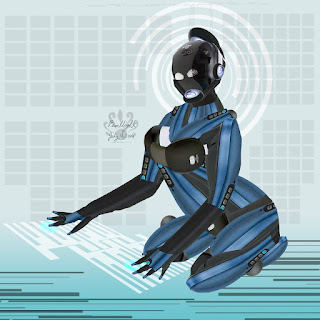 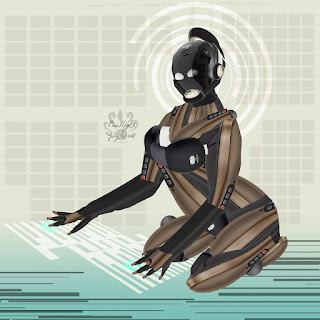 Branda's main setting is the first, but I also made her blue, and did a version with warmer colors for the background. 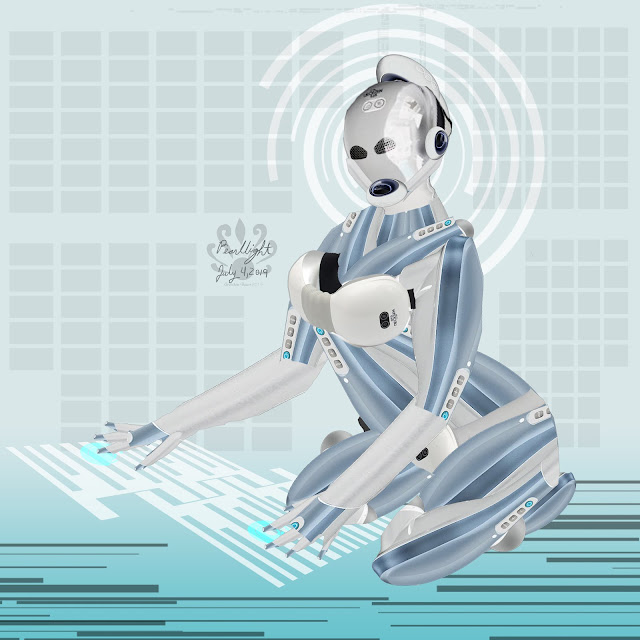 There's also the inverted version, which I call Branda Ice Mode (kind of reminds me of an Apple product).

The blue version was made around the idea of how Branda reminds me of a Warframe. Her head shape specifically reminds me of Trinity's Strega skin, shown here.
Posted by Pearllight at 11:31 AM