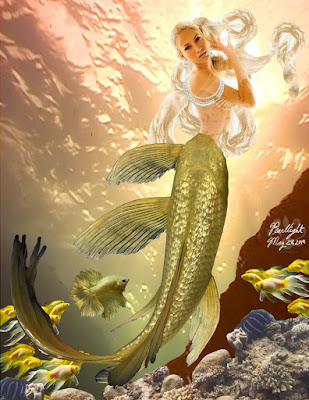 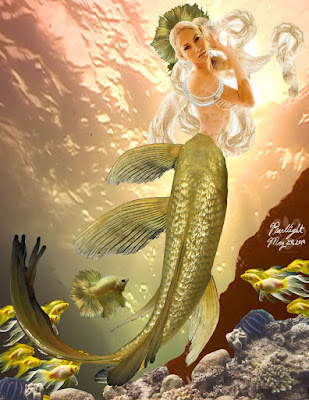 Mermay- Tail of Gold, a gold koi mermaid, inspired by a perfume ad (Glow- Jennifer Lopez). Digital collage, I stuck to using pictures that all had a yellow color to them. Also worked between giving her a fin crown or no crown.

Story(something I just thought up for fun):
Sailors say there's a mermaid in the sea whose tail is made of solid gold. A legend formed that the greedy who sought her would perish to the ocean, but the poor man who chanced to save her and bestowed kindness to living creatures would be granted eternal wealth. She is a mermaid of light. 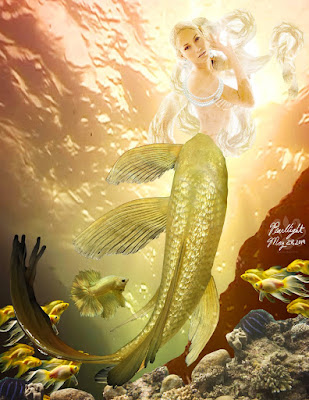 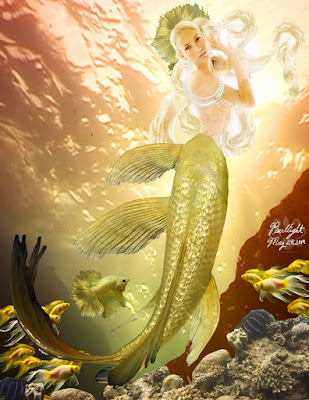 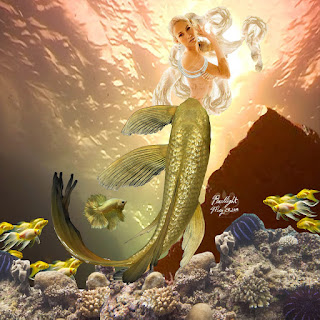 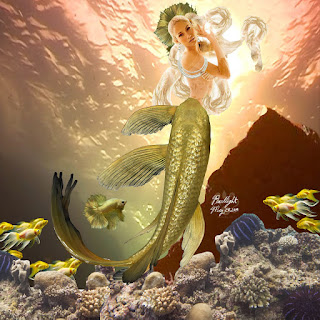 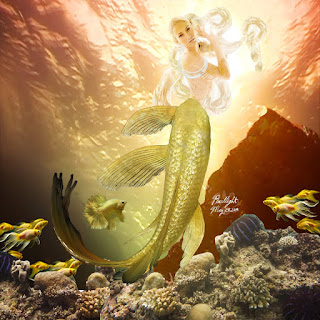 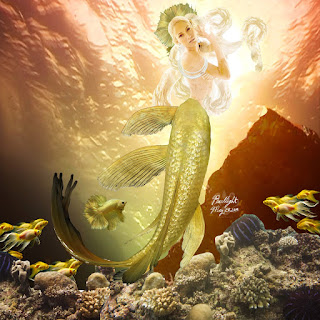