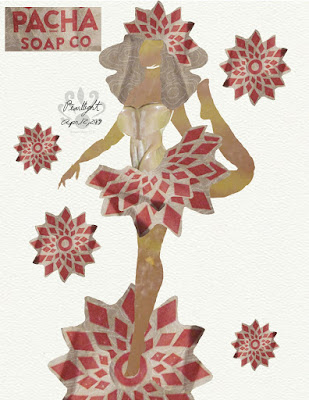 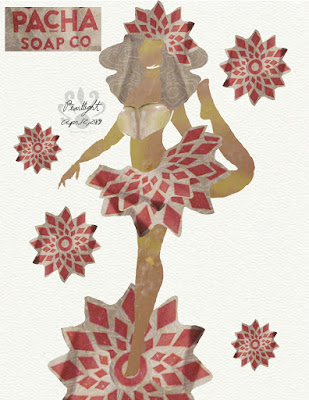 Pacha soap fairy. A digital collage set made from selected elements of my own photos. I had made the fairy with the thought of a soap ad in mind, liking the scent of the jasmine soap I had gotten from Whole Foods. Unfortunately I ended up not being able to use the soap, but the scent of jasmine tied in with the inspiration to make a fairy or ballerina. 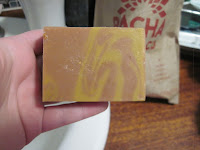 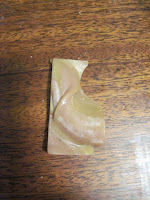 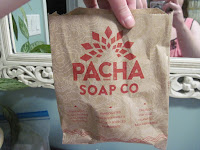 These three photos are what made the picture. The center one is what inspired the pictures in the first place. I saw a shape in it that made me think of someone skating, seeing sort of a torso and the beginning of thighs. I ended up using the center image to make the suit and draw a form around it, then I used the actual soap bar to create texture for my drawn silhouette.

The Pacha bag is obvious, I used it to make flowers and clothes for my fairy. 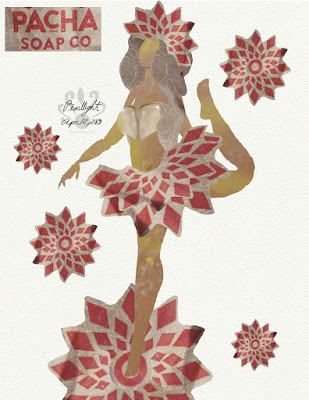 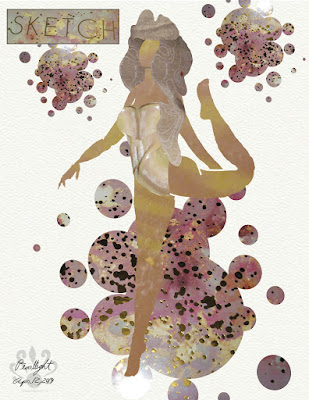 The Bath Bubble Beauty (right) is what came out of that experiment. I used the same structure, just aimed to make it more like a soap ad with bubbles. 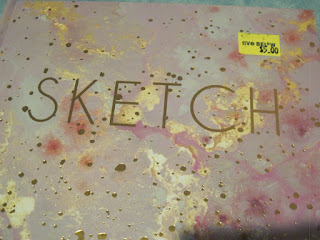 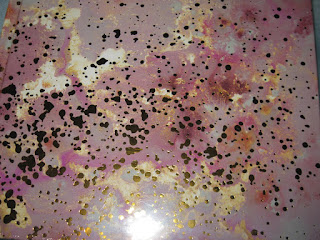 I created the bubbles using a crop shape in PSE over some photos of my new sketch book's cover. To add more interest and a title, I also used the word sketch. 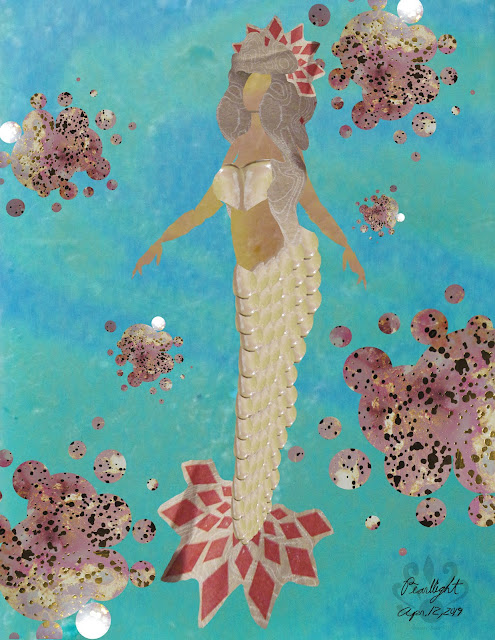 A soap mermaid formed from my play with the photos of Apr. 1-2, 2019. I stretched out the soap bar texture and made it blue to create water, then added some of the pink bubbles from the sketch picture. A few adjustments of the silhouette gave me a better form to work on, and I created a tail using selections of the mermaid's bra. The fin and crown were both the same element just changed in size. I was surprised by how well it worked.
Posted by Pearllight at 1:08 PM