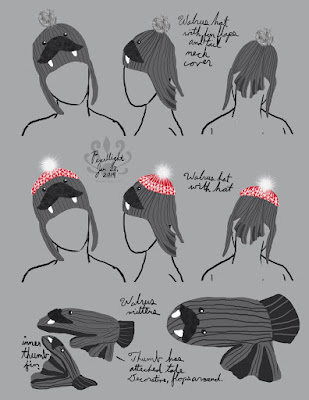 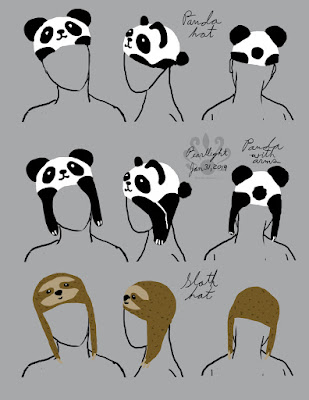 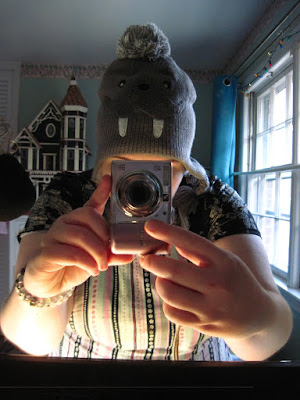 I've been working away at designing winter, critter themed hats. The designing spree started after being inspired by my new Walrus hat (left), something that makes me smile.

I had thought that the design would be even cuter with fins as the ear flaps, and a tail for keeping your neck warm. I sketched out a basic idea, sticking to the actual hat as reference with added details. Then thought how you could have a hat and make the critter look like it's wearing a hat which is what came next. After that I got this idea to make a design for walrus mittens complete with a webbed tail between or hanging from the thumb. 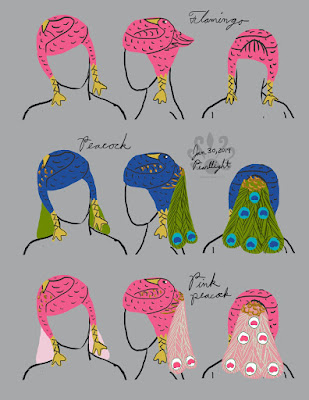 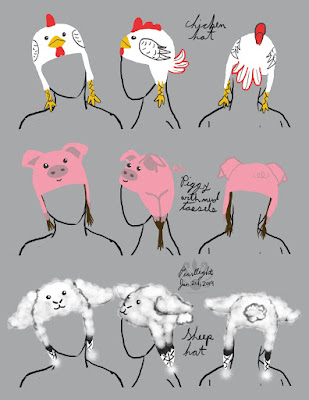 I even thought of how a flamingo hat, peacock hat, and pink peacock hat with tail to keep the neck warm would be cute (left).
Really cute to me though were the farm animals. A chicken, pig, and sheep.The chicken's leg's are the hat pulls, the pig's legs taper down to dripping mud hat pulls, and the sheep has braided hat pulls with white pom pom ends.

Making a panda and chicken were both inspired by chosen critters members in the family like.
Posted by Pearllight at 12:51 AM No comments: 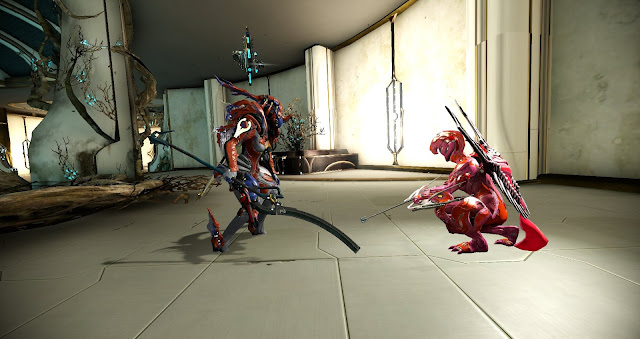 After the very large post about the Pink For Ordis contest, I mentioned that I had explored another design for a pink Ember after Staty shared his Saryn design and I added some orange to my pink Ember. 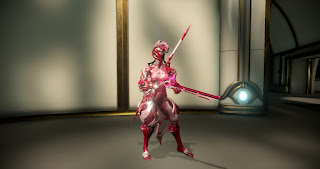 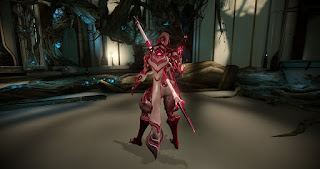 
This was the final design I kept for the theme of 'flame'ingo, the fire flamingo. Making Ember into a bird inspired other ideas that may be explored later for a bird fashion frame series. 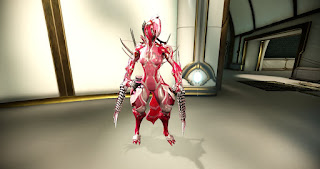 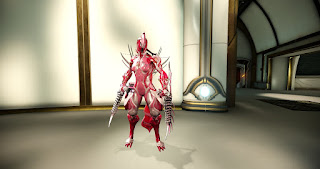 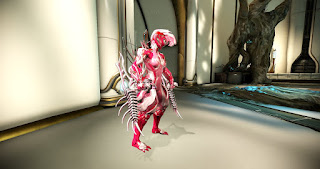 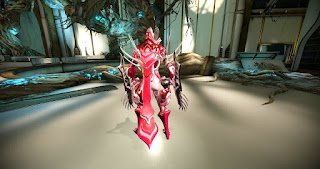 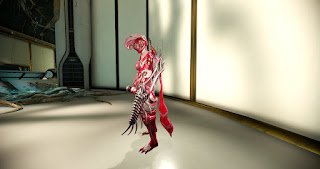 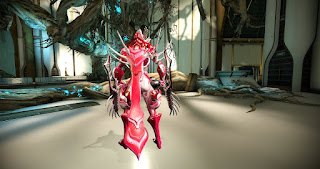 Basic views of flameingo in the derelict tower. 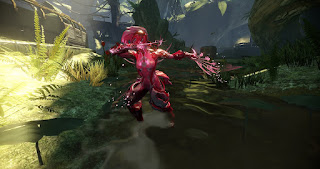 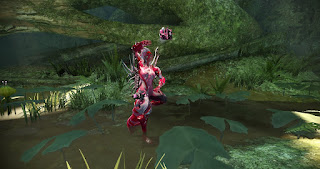 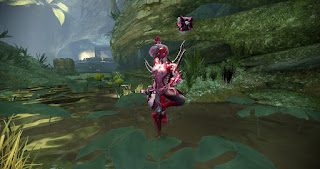 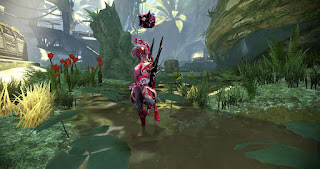 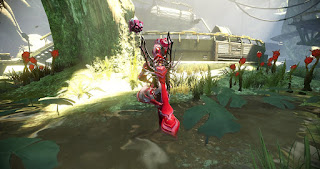 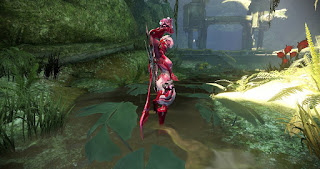 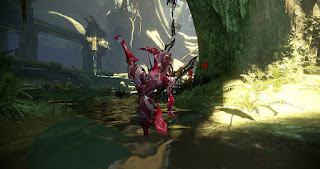 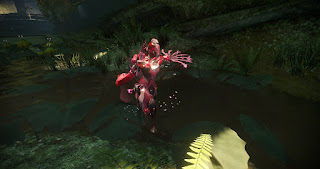 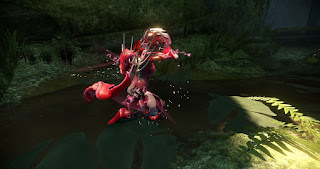 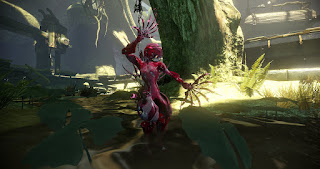 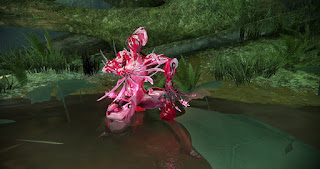 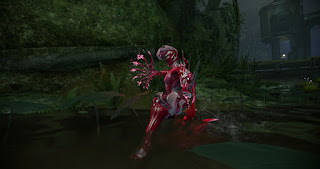 Flamingos tend to stand on one foot in the shallows of water, I wanted to mimic bird behavior and did some captura scenes on the Earth Grineer water treatment scene.
Posted by Pearllight at 12:32 PM No comments: