I showed one of my gaming buddies the post for my Christmas frames, told him about the fashion show, and talked about the game concepts I had for double frame poses as characters of a series.
He noticed the part about my concept for the Nutcracker themed Warframe series and offered to make a Nutcracker themed character to pose with mine.
He was willing to do a frame pose tonight, but wondered which character he should do. My brain went all over the place and I rambled through the ideas.

Finally we settled with the Nutcracker since I mentioned that character a lot. 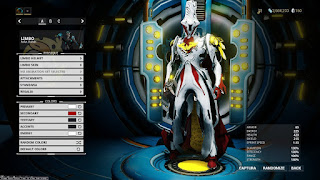 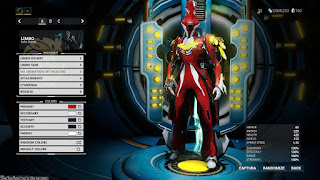 He showed me his design stages so I could give opinion on what should be adjusted. Nothing seemed to be clicking right, red seemed too red, white seemed to need more red. He chose Limbo to represent the Nutcracker because Limbo has a funny hat. He added some armor to make him look a bit more buff, but this Nutcracker seemed to need a cape. His first cape choice for NutLimbo was actually pretty interesting, though I think the design didn't seem very flowing or, I want to say prince like. 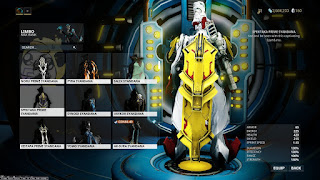 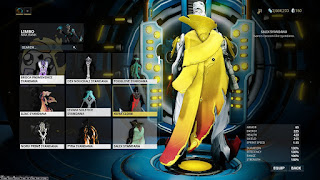 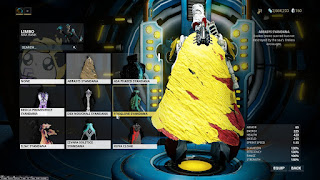 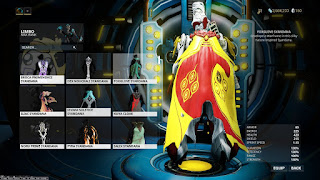 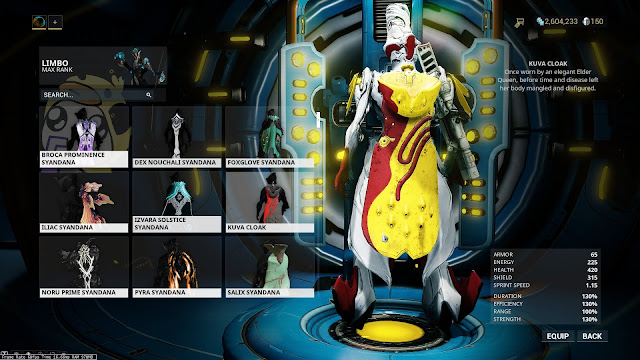 He showed me his collection of flowing capes that he had, and I ended up liking the one displayed in the upper right corner. I liked the way it flopped and flowed, and also liked the odd collar of it. In some ways the cape choice may be a bit more menacing than traditional Nutcracker designs, but I like a little menacing and powerful feeling.

I felt like that cape or even the one below that design would have served well for the chocolate theme too. 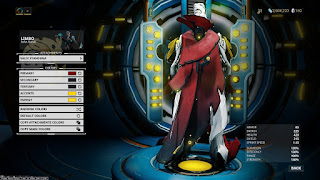 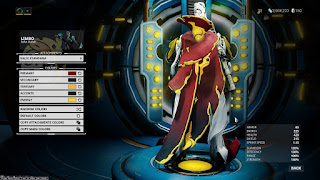 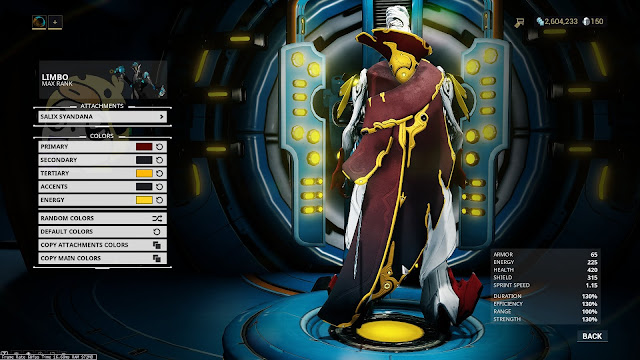 The cape was the only solution to balance the colors between red and white. At first it still seemed too red, so my buddy added some black and the gold made it look washed out. Then he changed up the trim to be black as well and that seemed to look better to me.

Once we settled on a design, he added a fancy sword and a hammer powered pistol to complete the Nutcracker Limbo. 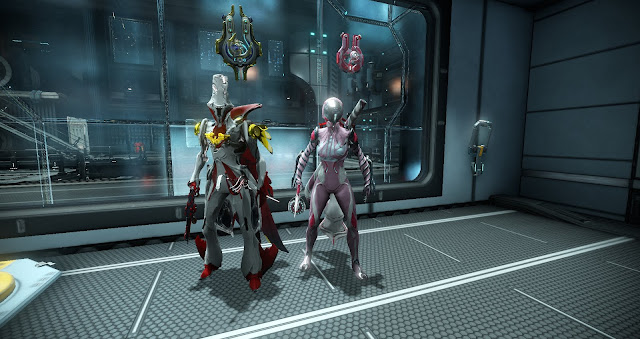 In my captura setting we stood our characters together, the Nutcracker meets the Candy Cane Princess on his journey. They both happen to have Helios companions too. I would have made a sugarplum fairy, but I don't have Titania. 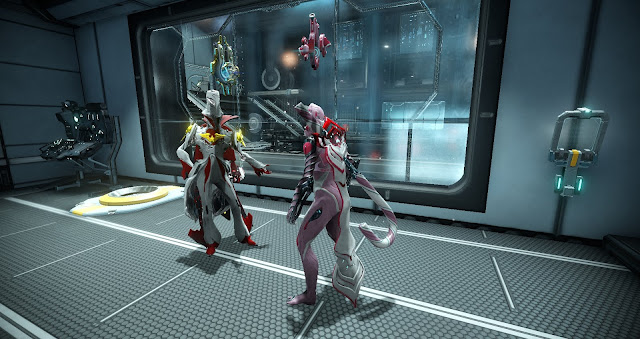 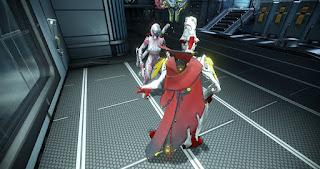 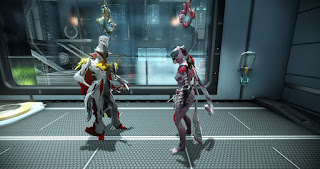 May I have this dance?

Random poses done mostly by Staty helped me get some simple scene shots in a few minutes. I believe for better interaction scenes the only way to truly pull it off is to screenshot random movements of character individually, and then paste them together in a collage scene.
Only other way to attempt something interesting is to give instructions on what emoticons both people should use, and hope something good comes out of it.

If there's ever a double photo shoot again I think I know of a few ways to make it work better. Hopefully I'll be more focused if there is a next time. :P 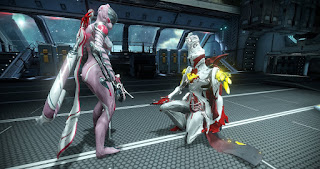 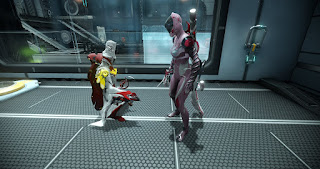 Kneeling to a princess. 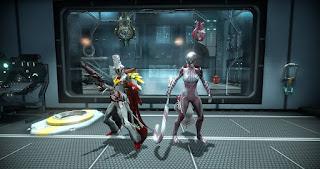 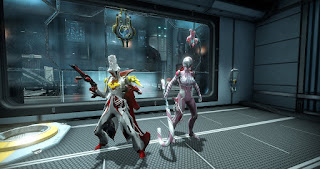 Ready to fight beside the princess. 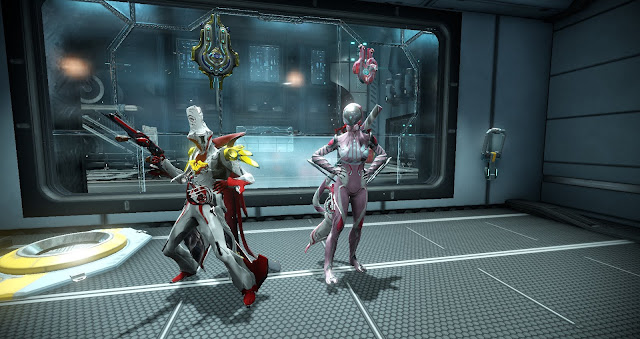 Let's pose together. Why are you standing like that?

Candy cane Mag has a bit of a sassy side. Limbo is just showing off. :P 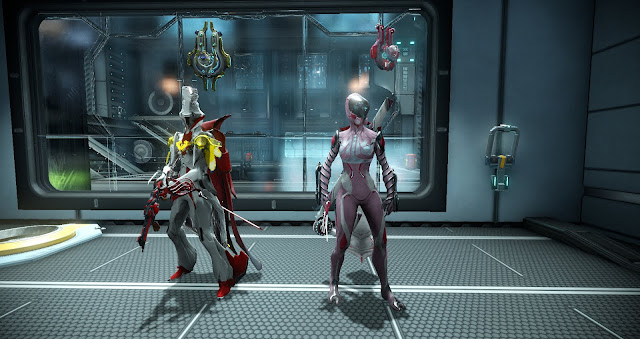 I'll pretend you didn't say that.

This scene and the way the characters are kind of looking away from each other makes me think something awkward was said or done. 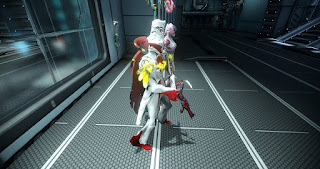 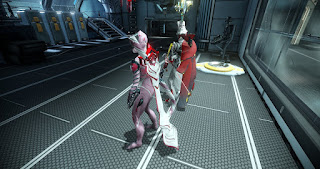 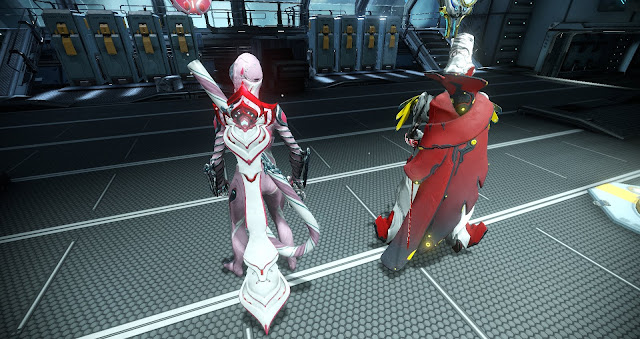 Side and back poses to show off the details, capes, and weapons. This small collection turned out fun. 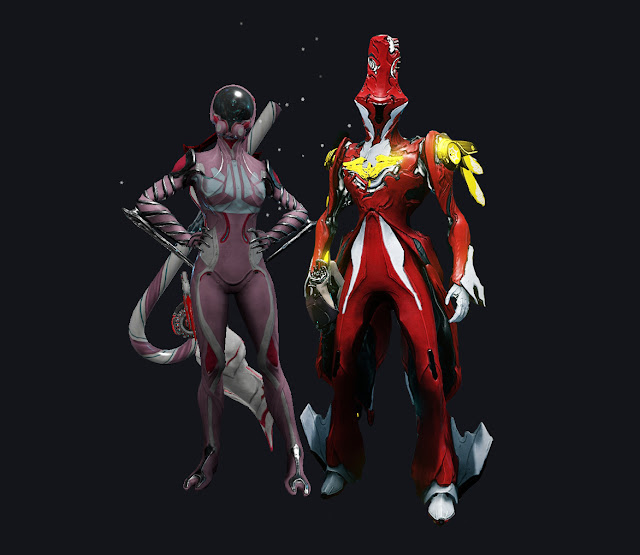 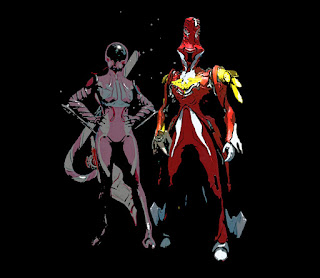 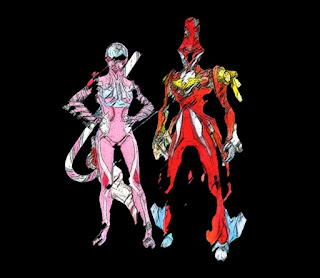 I wanted to see what the red Nutcracker Limbo would look like with Mag, and also wanted to explore screenshot collage. Apparently it is pretty interesting, and I think the red one may have been more appropriate.


I played with some filters on this collage for fun. Lower left is a poster setting, and on the right a sumei filter with outline setting. Poster and cartoon.
Posted by Pearllight at 8:28 PM

Email ThisBlogThis!Share to TwitterShare to FacebookShare to Pinterest
Labels: gaming