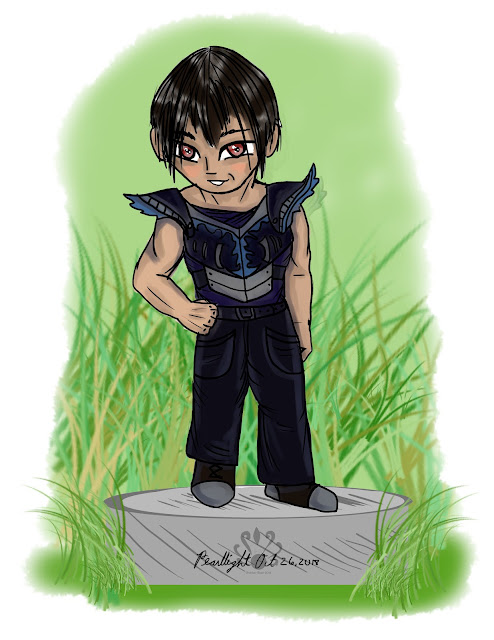 Sephy Lawn Fragment. Some art pieces done with puns in mind. Only Tarrok would truly get this pun because we both play Warframe, and Seph is his personal character. Seph likes being called Sephy, and then the term Cephalon fragment from Warframe broken down made me think "Sephy lawn fragment". This gave me the idea of Seph as a yard gnome.

Tarrok groaned at the joke, hoped Coal didn't have a figurine of Seph on her desk because that would be creepy, and then said it would be worse if it were a bobble head of Seph.
That did give me an idea for one of the villain characters to have one of those made, and then secretly place it on Coal's desk just to make Seph and her both offset. "Um, Coal, why do you have a boggle of me?"- "I was about to you ask you what kind of joke you're playing by setting this on my desk"- "It wasn't me, Coal". 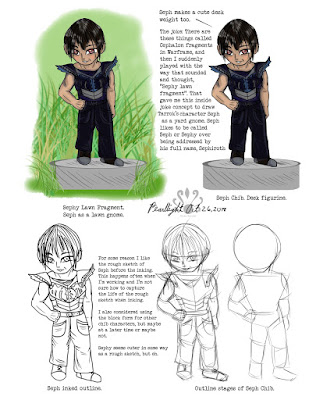 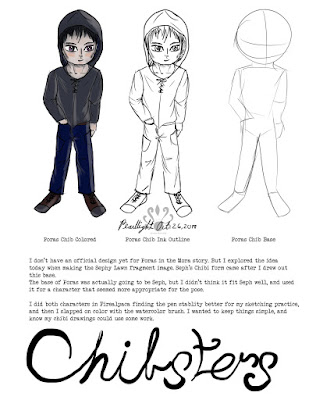 I ended up making a chibi version of Poras in concept (Poras is another young character from the role play I have the role of). His form was the first one I drew, but I didn't like it for Seph and ended up using it for another character. I made pages to hold the stages of sketching, inking, and complete with color.
Posted by Pearllight at 2:24 PM