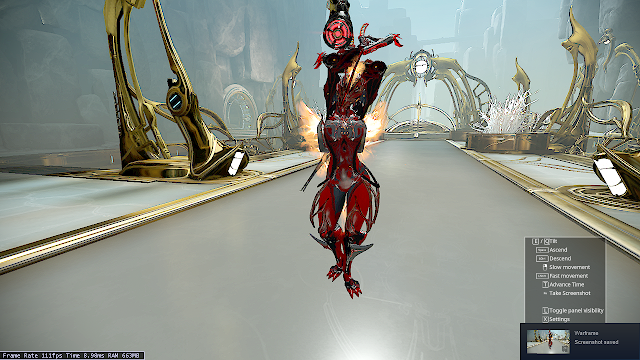 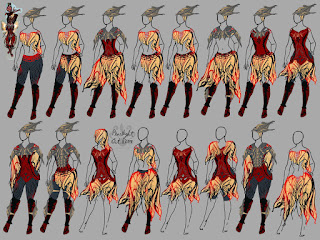 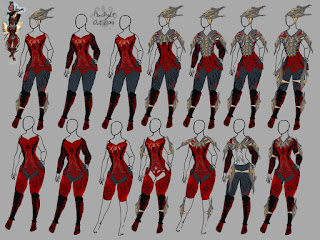 
Many fashion series on my list are inspired by anything and everything as a theme, but Warframe seems to be the biggest inspiration lately.
Now the series is extending with the ideas of Warframe characters being made to represent role play characters. Two of our hobbies are being combined and Tarrok has been inspired to make role play themed frames, and I've been taking those images and turning them into fashion ideas for the actual characters they represent.

The two panels above are a series of outfit ideas for Coaline based off of the first version of Coal's frame represented by Ember. This was Tarrok's first attempt at making a Mora role play themed frame.

I explored using the different components of a single idea, and added as I went, playing around with different versions of the same design. It resulted in many different variations. 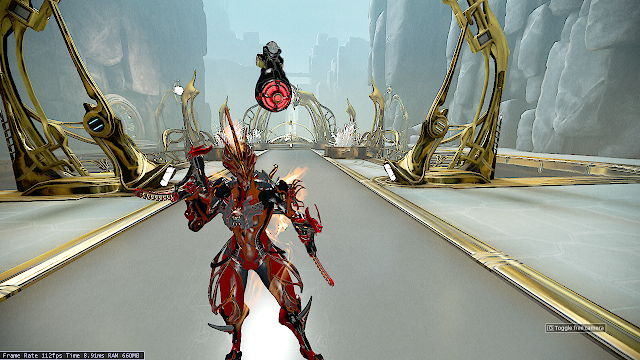 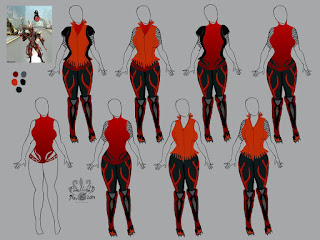 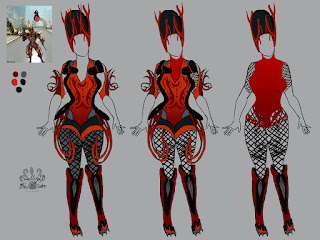 
I had mentioned to Tarrok that the first version of Ember representing Coal seemed a bit too red. He tried a second time and added more orange to the form, and I elaborated on that design as well. This got me a second set of Coalember costumes, one set a basic set of boots and shirt styles (left) and the other set more costume like and fancy yet rough (right).
The right version I call the battle event design, something I imagine Coal wearing during special events involving fights. She would wear this as a spectator, the princess of the dragon worshipers on Salson. Her father would encourage her to taunt and tease so long as she wasn't committed to her admirers, and she knew that her father could achieve anything as the leader of half the island, king of nearly all of Salson. 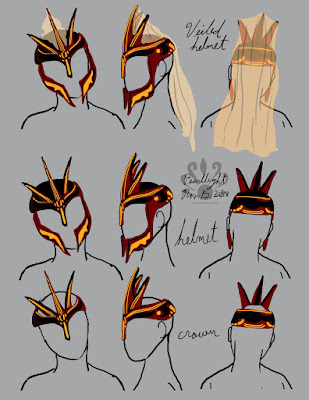 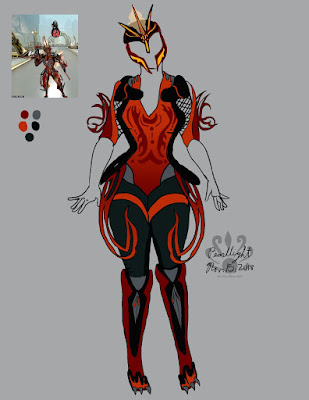 When I showed Tarrok the battle event design (also called the tournament or contest design), he didn't like the headdress. The following joking was what we said. I went ahead and designed a second helmet, more thought out and interesting with different variations as shown here.

It's made to look like a crown with detachable veil. 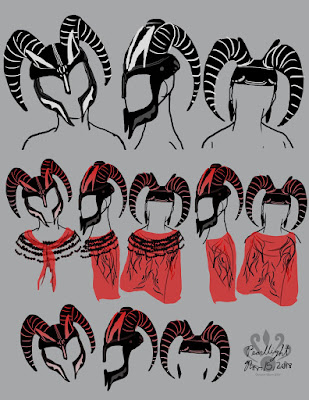 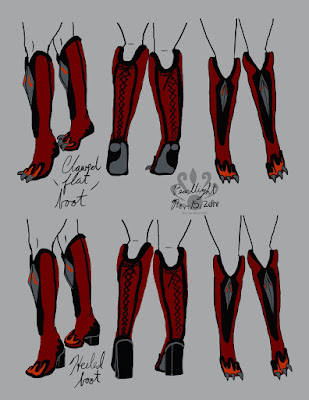 I didn't stop with just that helmet design though. I followed inspiration on something I had Sicline say about Coal in a recent role play episode. She hinted that Coal was the devil, and considering where Coal comes from she is a bit spooky and rough. This inspired me to make another helmet design by combining the first and then adding horns and a sheer red cape with beads (left).

The last thing I worked on for further detail was the boot design from her second costume set. I played with making them either flat or heeled, one set with clawed toes and the other not. I personally like the heeled boots with no claws, but the clawed ones fit the theme of Junshau and dragons, something that's a big thing on Salson.
Posted by Pearllight at 6:17 PM