I've had the dream of how cool it would be to have celestial themed baseball for a long time now. It all started as a daydream one time when I was sitting at a Gus's Pizza and staring a tv showing baseball. I thought again on how much more interesting a sport would be if it were pretty to watch. This then lead to an idea of celestial baseball called Astral Ball.

I imagined Astral ball to a be a baseball like sport in one of my mythical solar systems of my art world. It may be the national sport of a star planet where Princess Twilune and her parents King Lunar and Queen Crescent dwell. 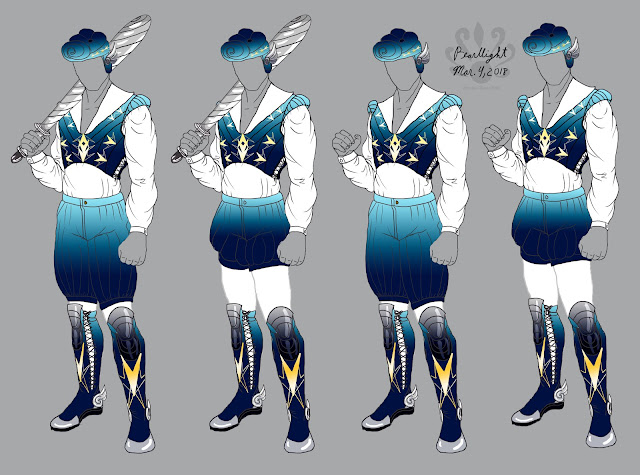 The Astral Ball uniform style is obviously just borrowed over from the Cotton Candy Prince, with some minor adjustments to the boots, hat, and pants.

The boots are for easy running, and I think the big boys are the ones who wear the longer pants. If they have younger members or even a separate team of  'little stars' they get the shorter pants to show they're rookies on the field.

Each team has it's own cluster of symbols to represent them. Stargazers have a symbol that looks like a broken up part of a star set on blue. 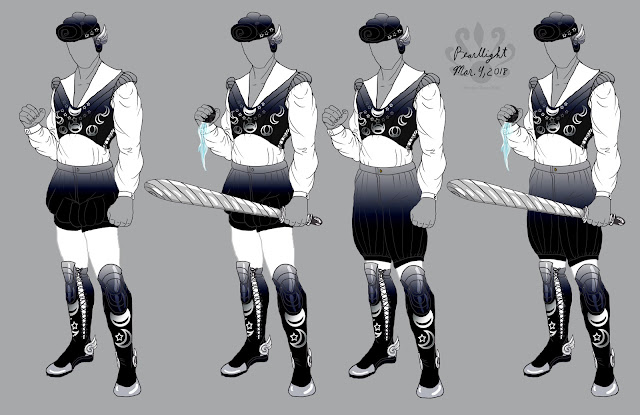 Team Midnight is the competing team of Stargazers. They're skilled and fast, and don't hold back their game. Midnight isn't as flashy as Stargazers, and prefer to cause distraction methods on the field to win the game.
They too have their own symbol of stars and moons.

Each player has his turn of throwing the astral ball, more commonly called the comet. This ball is a porous, yet oddly smooth ball carved to look like a meteor. It's fitted with a blue, translucent cloth tail which represents the fire of an asteroid. This tail makes the ball fall differently, and glows like fire beneath the special lights of the Star Stadium, a field that lights up and displays a spiraling galaxy.
The floor for players is known as the Star Field, and each of the bases in the game represent planets.

This game may have rules that work a bit differently from actual baseball. Astral ball is themed around galactic sprinters (the players), running from planet to planet to avoid the comet and those who direct the comet at them.

The players also get to wield a swirling metal bat, something that represents the energy of the universe.

I'm not sure if they have goalies for Astral Ball, but if they do I've yet to design a costume for one.

Posted by Pearllight at 6:20 PM