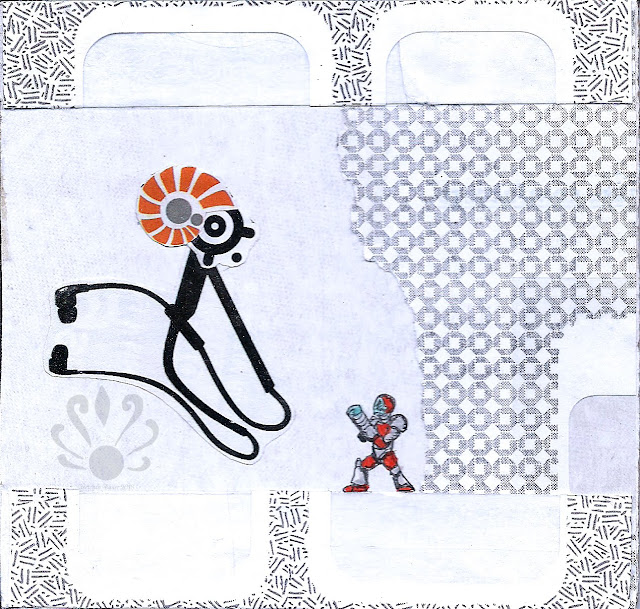 Often I find ideas in the small things. The many random scraps and bits of something at my fingertips at the craft corner end up becoming something when I stare at them long enough.

Boss Battle is a mini collage made from a scrap square of priority mail cardboard. To build my background I used random scraps of security envelop, and the final boss figure was made from tiny flier cut outs of ear buds and tech symbols.

This collage only measures around 3.5 x 3.5 in. I had to use the smallest micron pen they sell to draw out the little hero in his orange and silver space armor. Inspiration for the idea is based off of Metroid, only this isn't Metroid.
Our hero is some dude who's probably part of a crew exploring abandoned ships for supplies and history. On this ship he meets the squid boss.
Posted by Pearllight at 1:43 PM