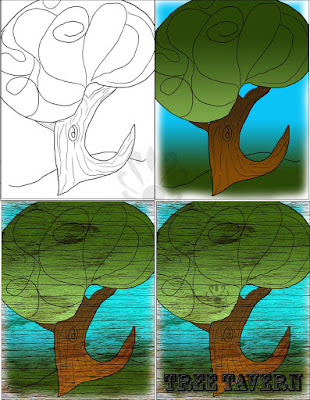 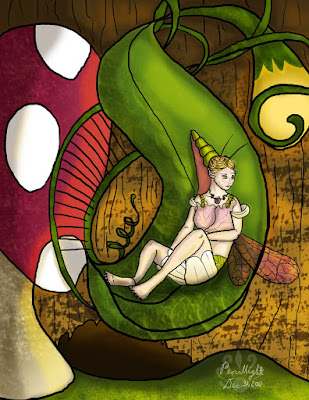 My recent adventures in art have been stress relief scribbler pictures. I've done scribbles periodically ever since childhood and my early days of exposure to a basic paint program. My mood to do scribblers was reignited with my recent Christmas gift of a new desktop computer complete with a 22'' screen.
I never imagined how much easier it would be to do art on a screen larger than a laptop. I've also been pleased by the speed of my computer, which has allowed me to do more at a faster rate in a program like PSE.

I made only two scribbles, and within those scribbles I found six illustrations. The Fairyland Swing was the first illustration I started on, and then came the Tree Tavern sign, the most simplistic of them all.

All the themes that randomly came out of the scribbles seemed to point in two directions; Celtic themes with Irish pubs, sheep, and fairy tale lore- and one tropical island postcard.

The "Tree Tavern" was just something basic that came to mind as a name for a restaurant/pub. After making my outline, adding some basic color and gradients, and giving the picture a name, I applied it to a wood texture for interest in hopes of making it look like a painted wooden sign. 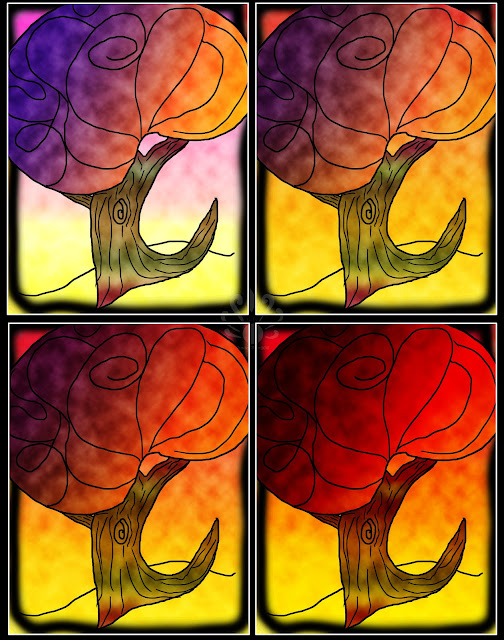 On Jan. 6, 2018 (speaking from the future), I wanted to play further with the tree scribble.

The wooden sign version is alright, but I wanted more color, more vibrancy and interest. This is when I changed up the gradients to make an autumn looking scene displayed on stained glass. I imagine this to be a window in the Tree Tavern pub.

I played with blending modes and a different yellow gradient to create a sense of warmth and light shining through the glass at different times of the day.

Basic step by step panel of what I see within a scribbler and how I bring out an illustration from one.

The Fairyland Swing started off as just a whimsical leaf hanging by some vines. That was the first thing I saw within the scribble. As I squinted at the image and looked around some more, I saw a mushroom, which helped me decide what direction I was going to go for the illustration.

I followed some curves within the leaf shape as guides on where to place my fairy. Doing something like this applies to the basic principles of line in illustration.
I learned about line and finding illustration by using random curves and shapes as guides when I read the creative illustration chapter from Andrew Loomis's art books. This was a more recent discovery that I find partly helps describe scribblers and how they work. The basic principle of them is to find a picture within the lines, and bring that illustration out, which isn't much different from Adrew's tips on using line as a guide to making interesting illustrations.

After I drew out my picture over top of the scribble, I added color using solid shades first, then applied gradients to the image before dabbing in texture and adding light sources.

This fairy is having a relaxing evening on her leaf harp swing with a glowing flower bulb. 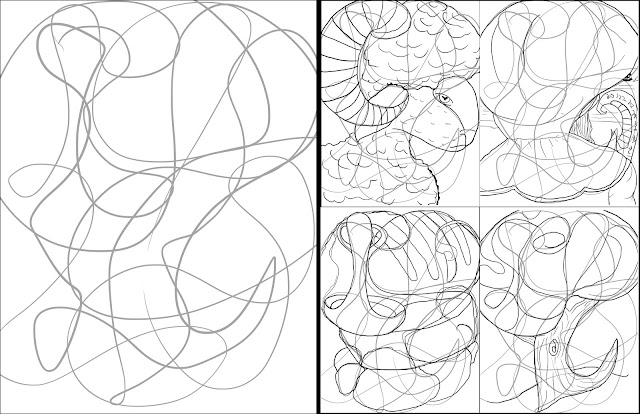 A panel to show four illustrations I found within one scribble. 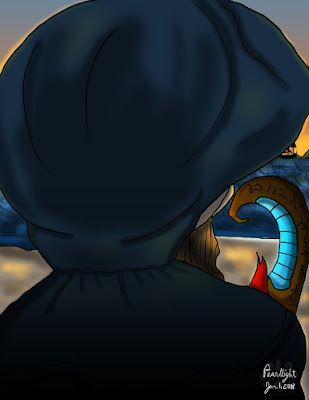 The next picture I found after the tree and fairy is "Magician's Shore". It was obvious I was inspired to make this after spotting it in the scribble, because I've been watching Merlin.

This old magician has a special staff that glows blue on the stone inlay handle, placed within a carved piece of enchanted wood.

He watches the ships pass along out at sea, observing the world from his lonesome beach hut. 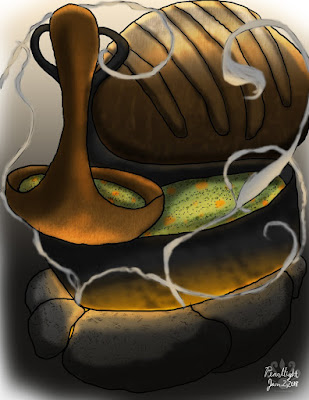 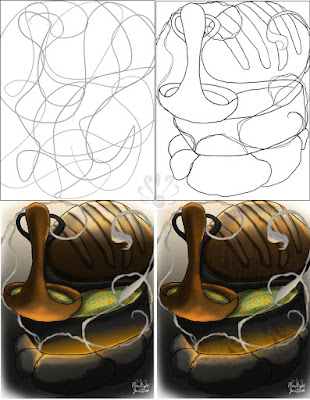 For some reason "Supper" is my favorite as far as light source and color goes. Seeing it was the fourth illustration I started on, I had warmed up in coloring by that point, which may be why the coloring turned out better than the previous three.

I made this picture to be like an advertisement for a restaurant, serving fresh bread and veggie soup. I get hungry just staring at. 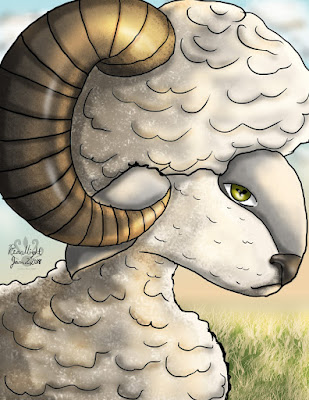 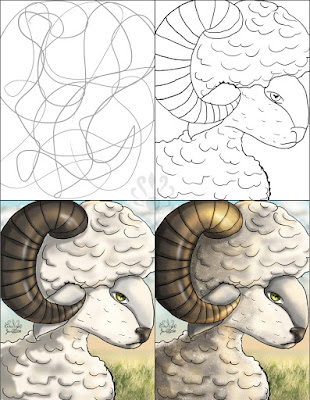 The ram was the second best form I found in the scribble. I used gradients and other texture brushes just as before to make my ram more 'woolly'. 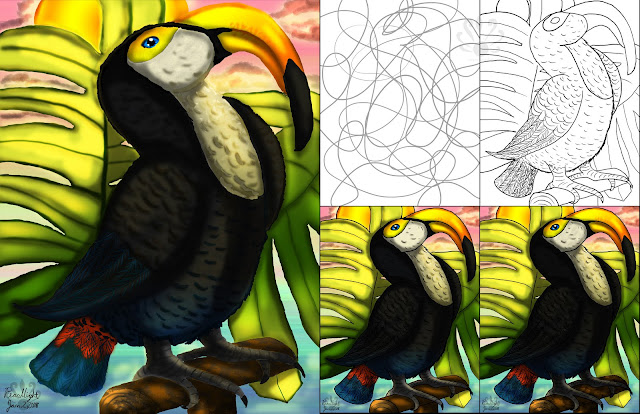 Token Toucan was the final scribbler I made and colored. He's a very whimsical bird which at first wasn't going to be a toucan, but I decided to just go with it. Same as all the other pictures, I used solid colors, gradients, and brush textures to color. I started off just coloring the outline, but then I wanted to see what it looked like as an actual painting with no outlines.

It didn't turn out too badly as a painting with just light and shadow to define form. I may try practicing on this style further since I rarely ever do paintings without outline. I kind of like the look of it better.