You're Just My Type 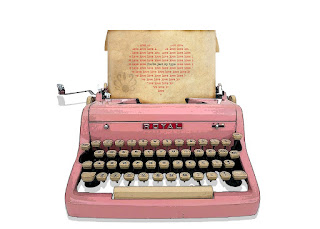 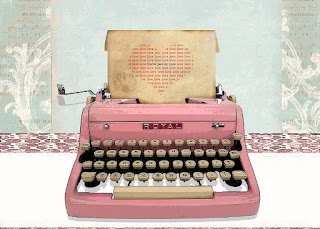 This evening I got to work on my third Valentine's Day card idea. This one is unfortunately being made late because I've been busy working on other things.

"You're Just My Type", a remark that's been made elsewhere in a similar fashion, but I wanted a card of my own style for this play on words. It's a basic love letter that's been typed down on paper.

I've created a version with a background, and one without, to keep it simple. The typewriter is an actual photo I found on google images of a vintage pink typewriter from the company, "Royal".
I played around with the poster edge filter, added a shadow, pasted in some paper, and wrote love in red, then applied it to a heart shape with the main sentiment in black placed at the very center. 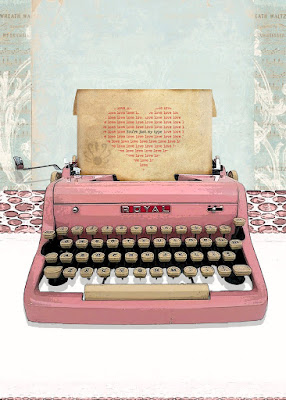 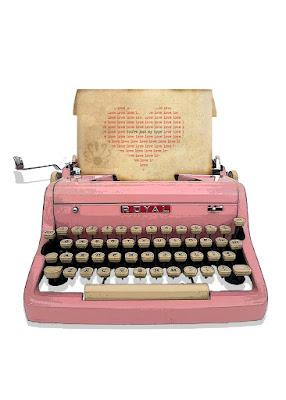 I also made a second version of the image, just flipped the other way. In either respect, I feel like the message isn't quite noticeable enough, but maybe it doesn't need to be.
More accurately speaking, the blank background version of the image (right) is closer to what the first concept looked like in my mind.
Posted by Pearllight at 7:45 PM