You Melt My Heart 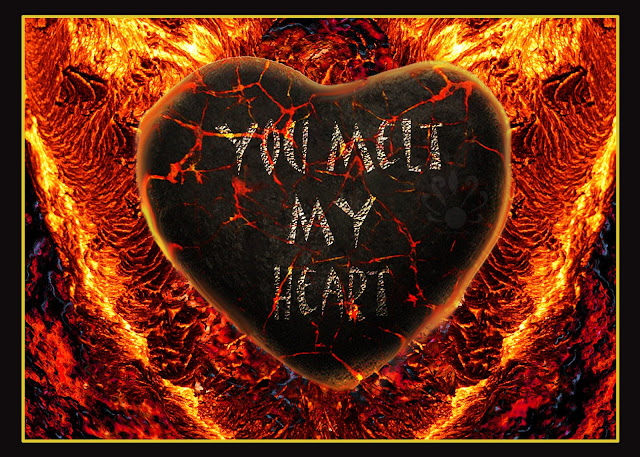 Since today is Valentine's Day, I directed my attention to a side project other than those having to do with a load of recipe files I need to print.

You Melt My Heart has been an idea on the list which I almost forgot about during last year. It was an idea that came with a cluster of other Valentine's Day card ideas I had thought of one day, and it partly came to mind through nerdy imagination of what a fire element being would give as a Valentine (just a joke). 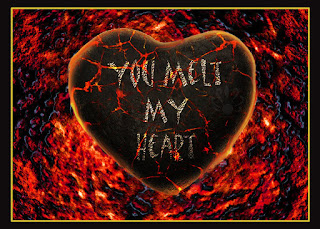 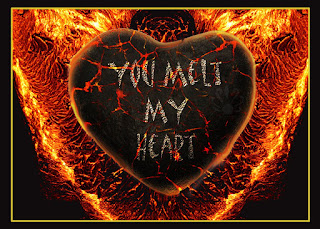 I went through several phases in the card process, one with both backgrounds combined, and then two with the elements on their own.

Inside I would add a sentiment like, "And make me warm, because you're just so hot".
I played around with multiple things to get a sort of slowly melting rock heart look, mainly with the smudge tool and some glowing edges.
Posted by Pearllight at 7:39 PM