I've had this silly idea in my head for awhile. It all started when certain pictures in my old Scooby Doo coloring book inspired a basic idea of what if the Mystery machine became the mystery.

I scanned the coloring pages and adjusted them, then assembled the comic panel above to show the beginning of a basic concept. 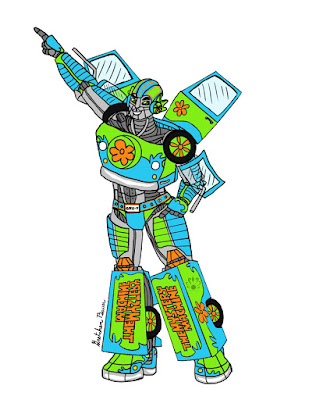 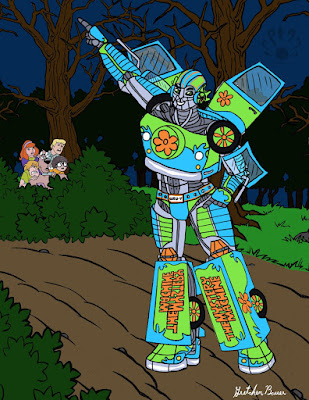 For the record, I'm not the first one to embrace this concept. A few other people have drawn the Mystery Machine and other movie/tv series cars as Transformers, but I wanted to make my own design, and really tried to think about how the van would look as a robot and what part would go where.

The license plate became a belt to compliment those platform feet of the gangs new friend, GRU-V (pronounced Groove as a name, but Groovy as a license plate). I even considered making his belt say MR-E, but I liked GRU-V better. 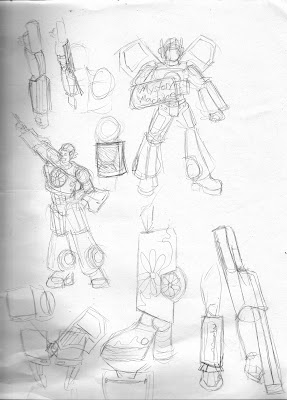 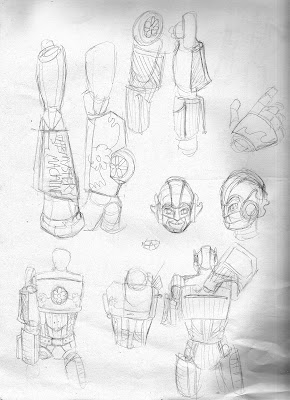 I went through some basic sketches to try and figure out the structure of GRUV. Drawing out a character in segmented parts helps me pull it all together better. 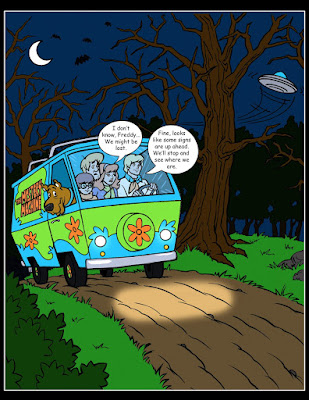 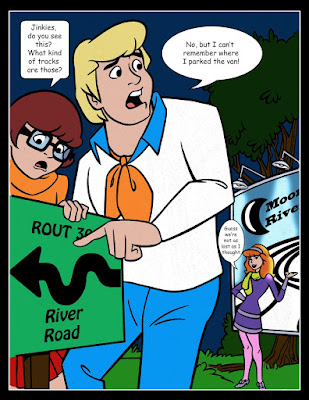 Since I didn't add story blocks to the comic pages, here's what's going on. The gang was heading to a party at a place called Moon River, but Fred took an off road. None of them are aware that in the sky is an alien ship of true celestial origin, a one pilot pod from Cybertron.

Daphne thinks they may be lost and Fred pulls over to check out some road signs and find the lake's nearby. But in their half hour break he forgets where he parked the Mystery Machine, the original vehicle being pushed behind some bushes after being scanned by a mysterious new friend. 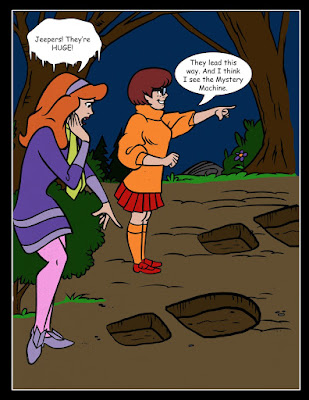 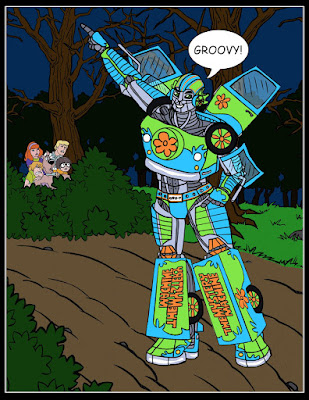 Velma spots the giant foot prints of this alien as the Mystery Machine's whereabouts becomes a mystery. They follow the giant footprints as Velma claims she may have found the van, and when they approach the area the van was once parked, they have a shocking encounter as GRUV enthusiastically celebrates his new form, having found the van's colors appealing.

And so, the adventures of Scooby and the gang continue with their new mobile friend who finds pleasure in helping them solve mysteries as he learns more about Earth. 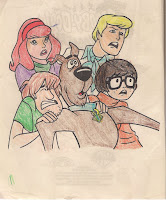 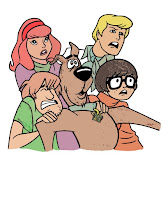 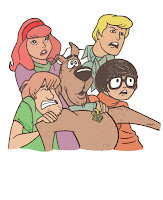 A little trivia. The last panel of the comic, which is the main illustration, was inspired by this basic picture above, one of the first images in the coloring book.

I had colored some of it when I was younger, and decided to play around with it in PSE. After cleaning up the background I applied a cut out filter to the image and found the results charming. It seemed kind of retro in color, so I kept it as a stand alone image for future use. The middle version with added black outlines is the one I used in the final panel of the comic.
Posted by Pearllight at 9:49 PM