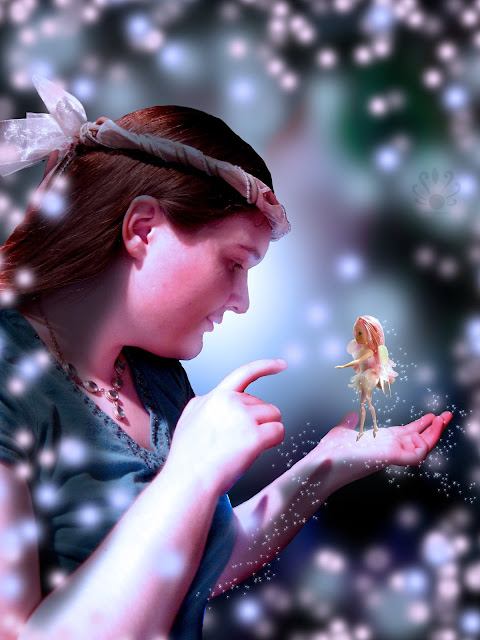 This image is a pan over idea of me, the photographer, greeting the curious Rose Bud from the Fairy Waltz pictures collection. 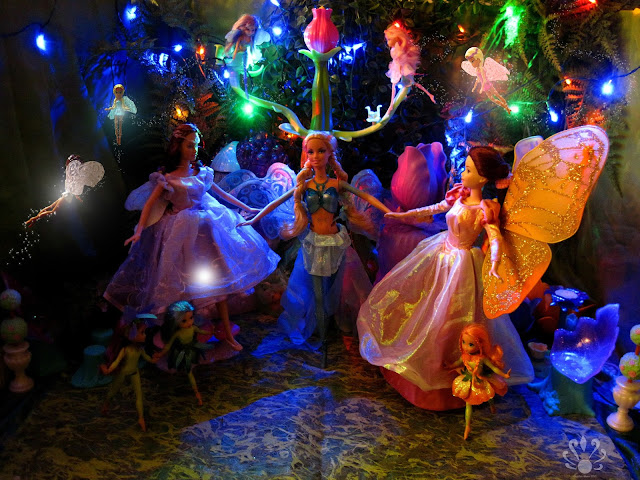 In the last post I mentioned that the image above was inspired by a poem I wrote.

What inspired me to make both the poem and pictures is kind of funny. I've been feeling bland, bored, and lonely, noticing that some old faces on face book have been attending special occasions, friendly meet ups with people they know, all that jazz. It reminded me of how I've never had that kind of experience before, who would invite me to a party? Then I thought, well I can fix that, and as a joke created my party, a fairy waltz which I of course attended, there to take pictures of the scene.

That's why I made "Magic Touch", to fit the following poem and show I did indeed attend a mythical party. (I'll note though, the image didn't quite capture what I was trying to....my right ear is pointed, but my head was at the wrong angle to show it).

I slinked I slid, tip toed, and hid,
My presence tall and scarry

With a lens and careful hand,
I took some pictures of the scene

The atmosphere and garments grand,
The graceful dancing like a dream

As night went on, I joined right in,
I danced, I twirled, and did a spin

Here's my report, to keep it short,
I danced among the fairies

Written by Gretchen Bauer
Posted by Pearllight at 8:37 PM