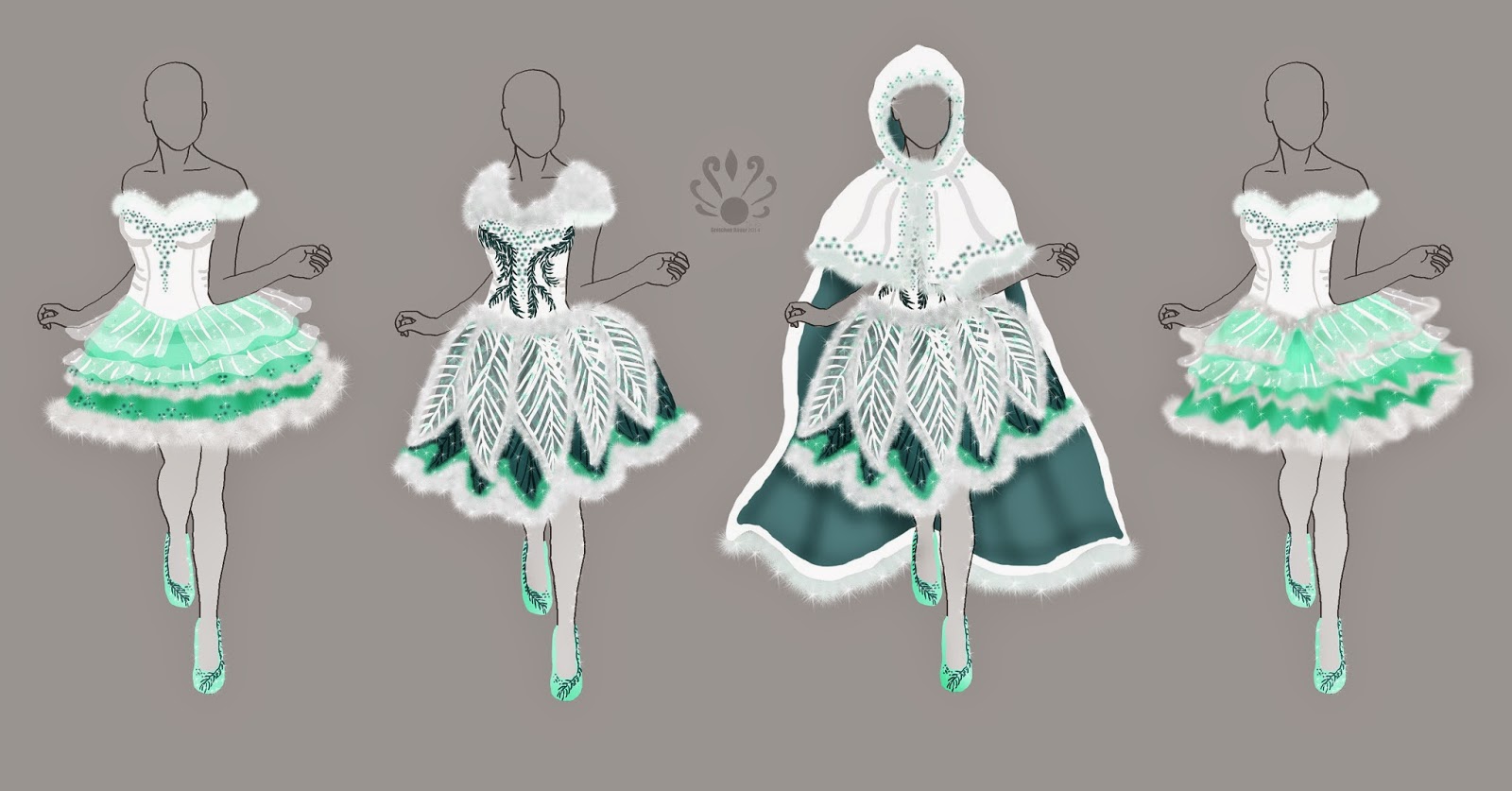 So you remember the Frosted Feather Fashion post where I designed some sparkly outfits for the character Onah who went to the winter festival in the MN-CN-I RP. Well I've gone on a fashion design spree and just couldn't resist but make several more outfit designs for other characters who attended the festival; plus this gave me a reason to design fantasy winter costumes. :P

The above design is based off a small description of what BionicleMOCFTW posted in the RP on what his character Ace wore to the festival. My mind saw the golden snow flake designs on white, complete with sheer gold sleeves and golden glitter heels. Even the dress has glitter spots, the snowflakes meant to be metallic material. The coat would be heavy light blue suede with pressed metallic white and gold details that have a hint of sparkle too; the sleeves, bottom, and collar lined with fluffy white fur, and the front button and eye fastened.
Bubble Lulu outfit. Lulu is my character in disguise as a bubble, plasma type in element. All colors are based off the theme of three elements from Bionicle, the green being air, the blue water, and the orange plasma.
The outfit itself is an odd set of decorated pants that continue all the way down into being a boot. Then the front and back flaps attach to the ballerina skirt top, complete with beading and sparkly batik. It almost seems the skirt part would be separate from the middle belt piece and detach, the rest (belt, top, pants and boots) would be a full body suit.

The jacket cape was an extra idea, semi Medieval themed with modern neon colors. It would have internal clasps and a few ties at the neck for closing. 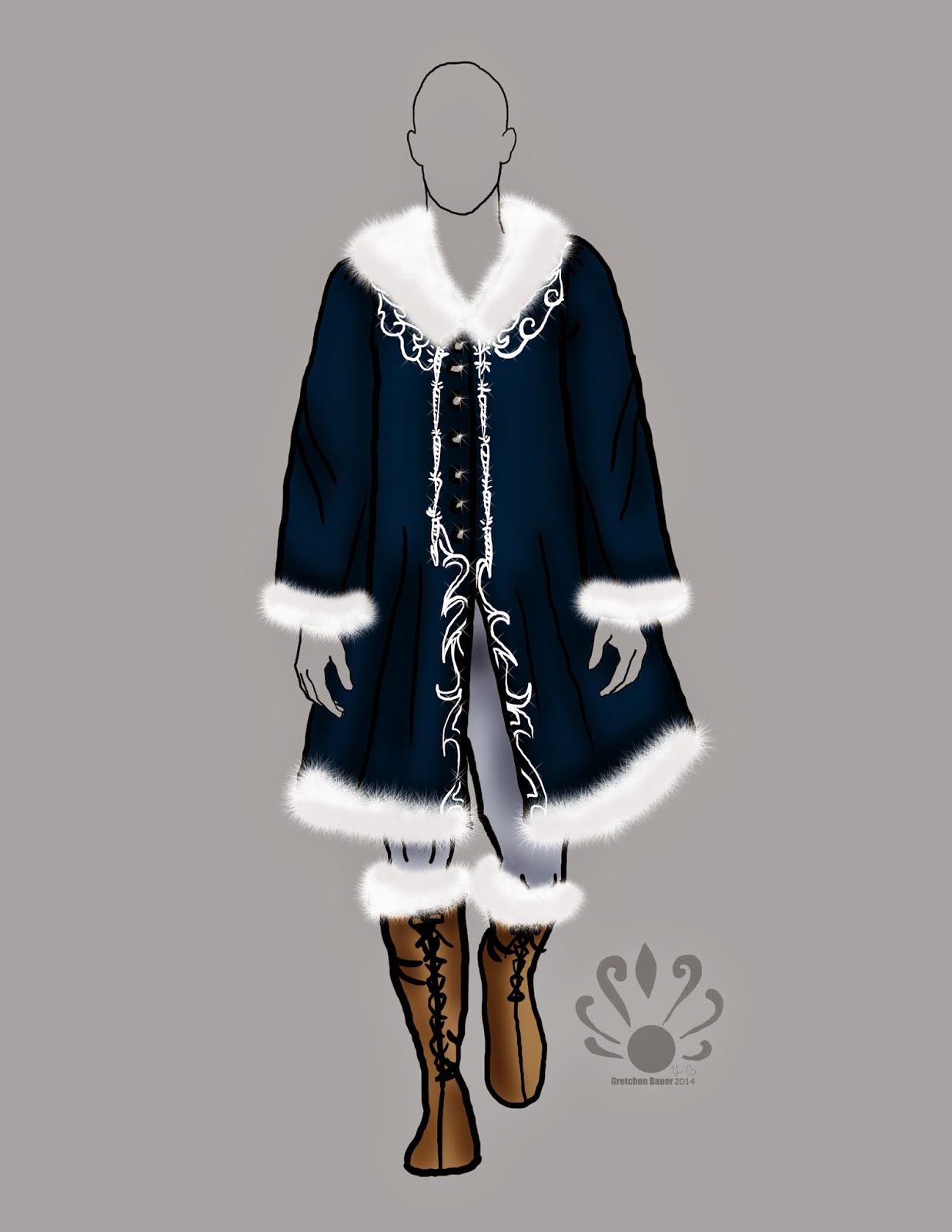 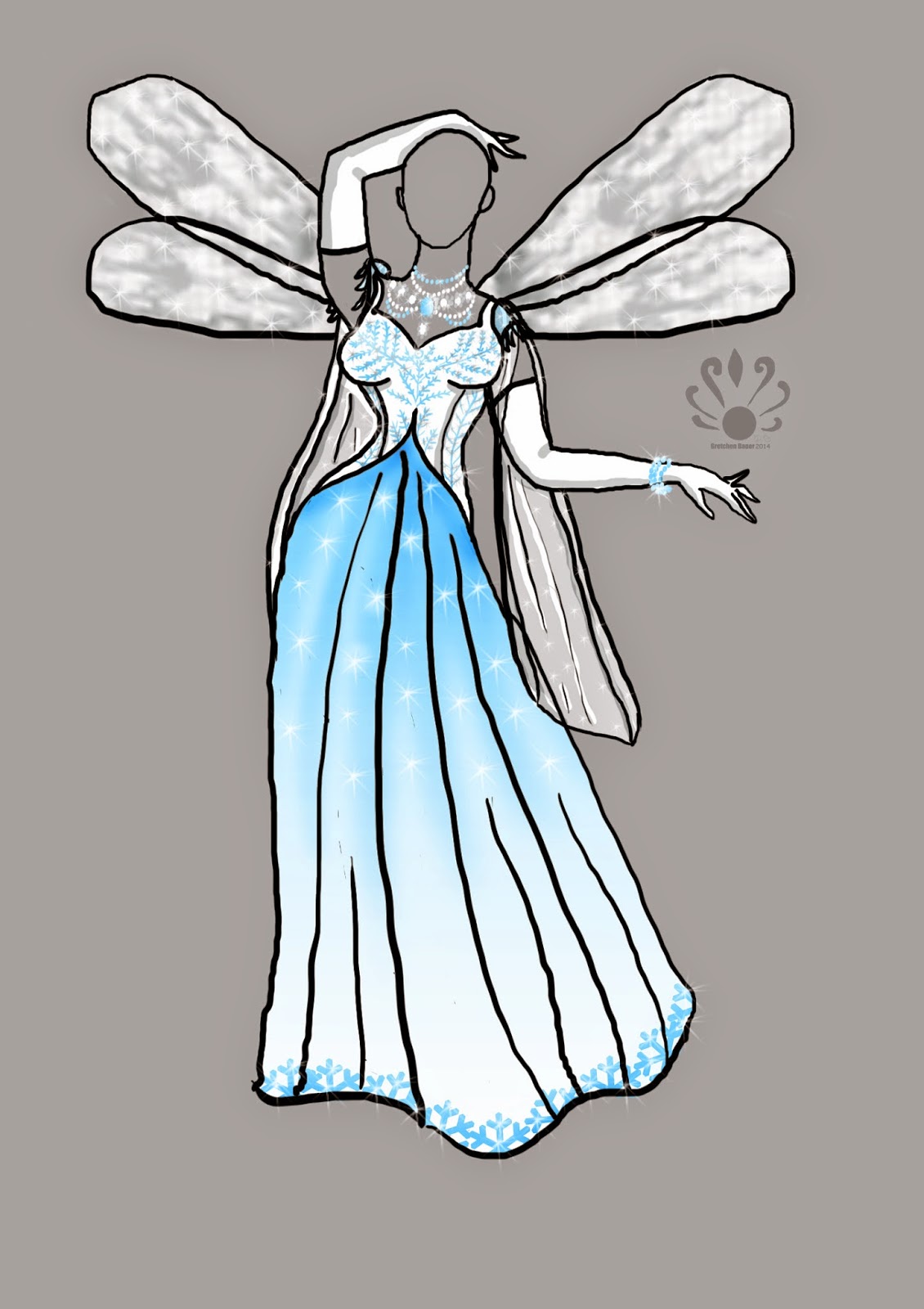 These last two relate to a few characters of the Ko region. To the left is the masculine icicle jacket with warm leather boot moccasins. It was  designed for the character Tarrok, played by another member in the RP. Tarrok is a young ice type, and needed a jacket to wear to the festival. I imagined it to be dark blue with sparkly white embroidery and fur lining. The boots were an extra idea.

To the right is the fantasy gown based off the fairy queen in ice form. The outfit was designed for my character Sicline, yet another ice type with a certain classy demeanor if it calls for it. The wings and fairy queen idea were sort of a concept joke in the story where Tarrok gave Sicline the wings made of ice as part of costume for the festival.
Posted by Pearllight at 2:59 PM