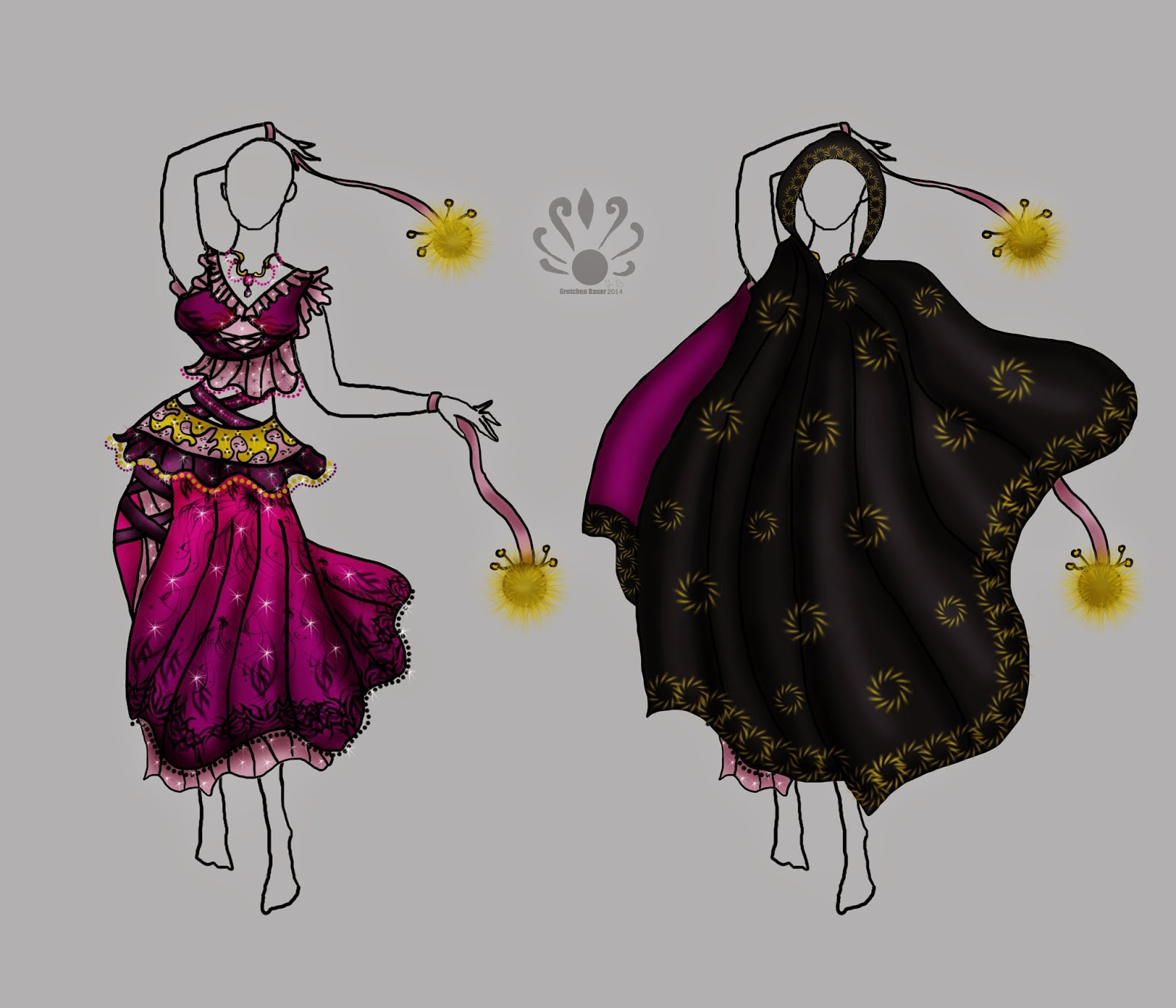 Another inspired outfit from the MN-CN-I RP. My character Onah got a new purple outfit and danced in town with her pom pom weights.

Based off this scene, I designed an outfit and cape. In the RP the dress was bought from the store "Perfect PJ's" (which sells more than nightgowns). The cape was worn to hide the outfit till the dancing started and the outfit was revealed as a surprise.
The pom pom weights are used by Onah to strengthen her wrists so she can better handle her blades, but she uses these weights as part of a graceful dance form too, combining her element of air and levitation into the mix and floating into the sky when she gets fast enough.
Posted by Pearllight at 8:44 PM