Last night I sat down to make a quick sketch, had the urge for celestial themes (partly related to watching the second Alien film). I drew out a quick fashion design and used pieces of a desktop image I liked to cut and paste like a collage, resulting in a celestial theme dress I call "Celestial Swing". I like this enough that maybe some time I'll create a trading card collection based off it.
Posted by Pearllight at 1:08 PM No comments: 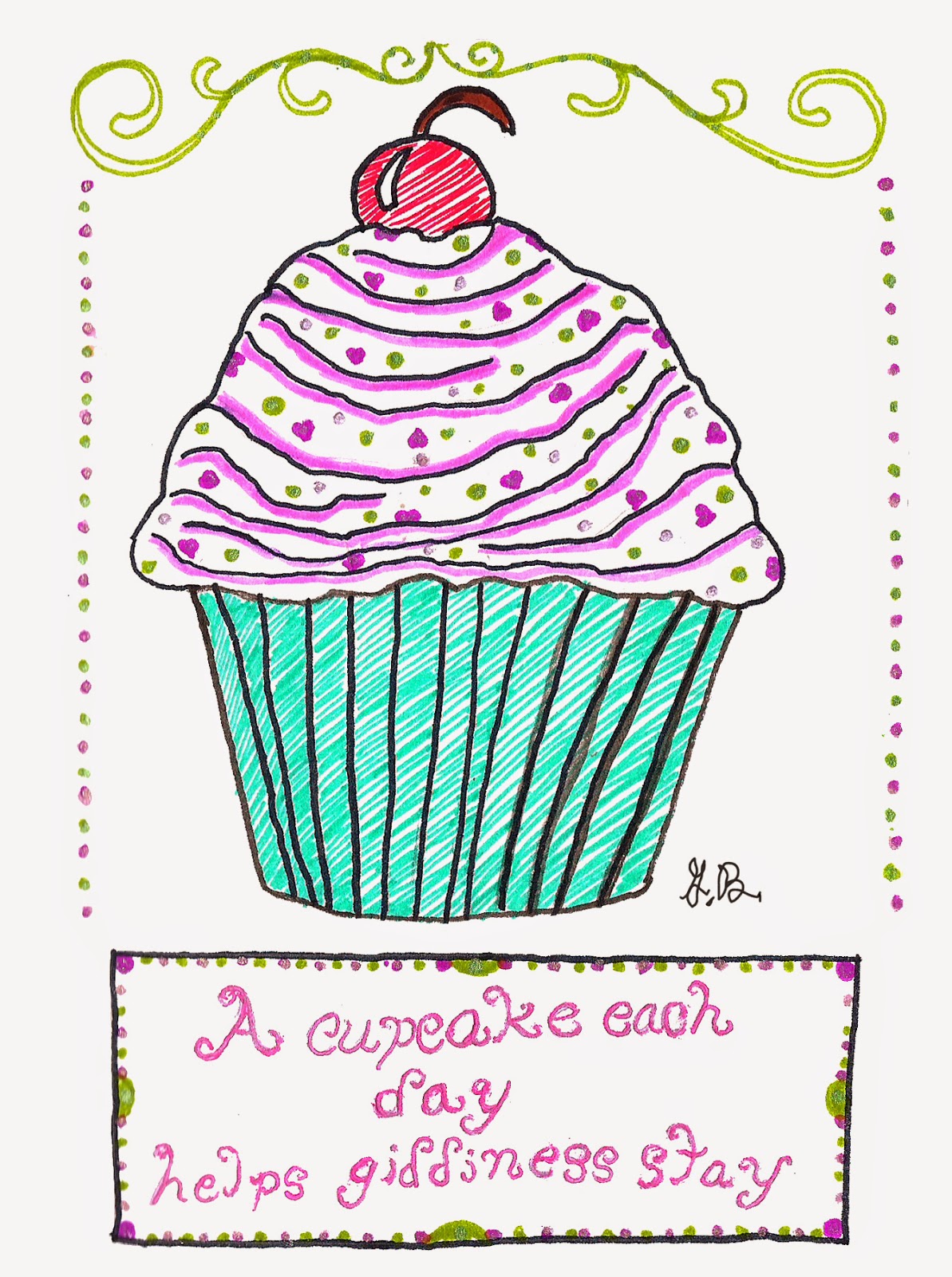 I did this small sketch in my purse sketch book during a trip in Ohio. With my trusty jell pens of sparkly pink and metallic green, along with a bucket of foreign markers found out of the blue, I made a sweet postcard, had fun too. It was very simple, and I added my own quote, "A cupcake each day helps giddiness stay". You know the secret ingredient? CHOCOLATE. XD
Posted by Pearllight at 8:53 PM No comments: 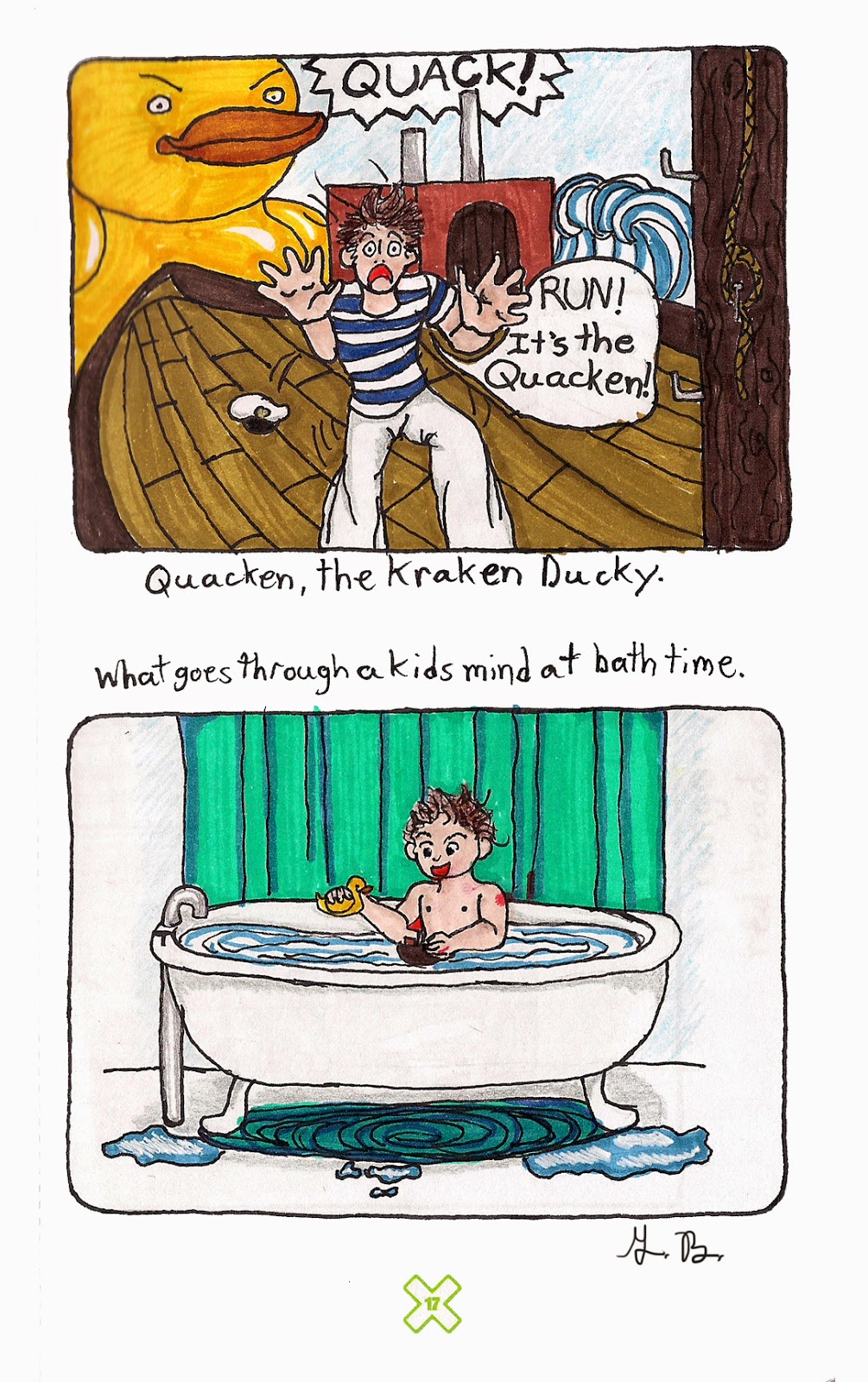 You know the old pirate tales that involve the over sized squid, the Kraken? Well one night I thought of the name, and then thought of a duck. Suddenly The Quacken was born. Here's a pirate story that's sure to happen during a little boy's bath time. :P

I made the comic in my three paper, purse sketch book. For color I used markers, colored pencil, and jell pen. The jell pen smudged a bit and that kind of disappointed me, till I figured the boy got a boo boo (adds character).

My favorite part in the comic is the look I put on the rubber ducks face; makes me laugh every time.
Posted by Pearllight at 11:22 PM No comments: 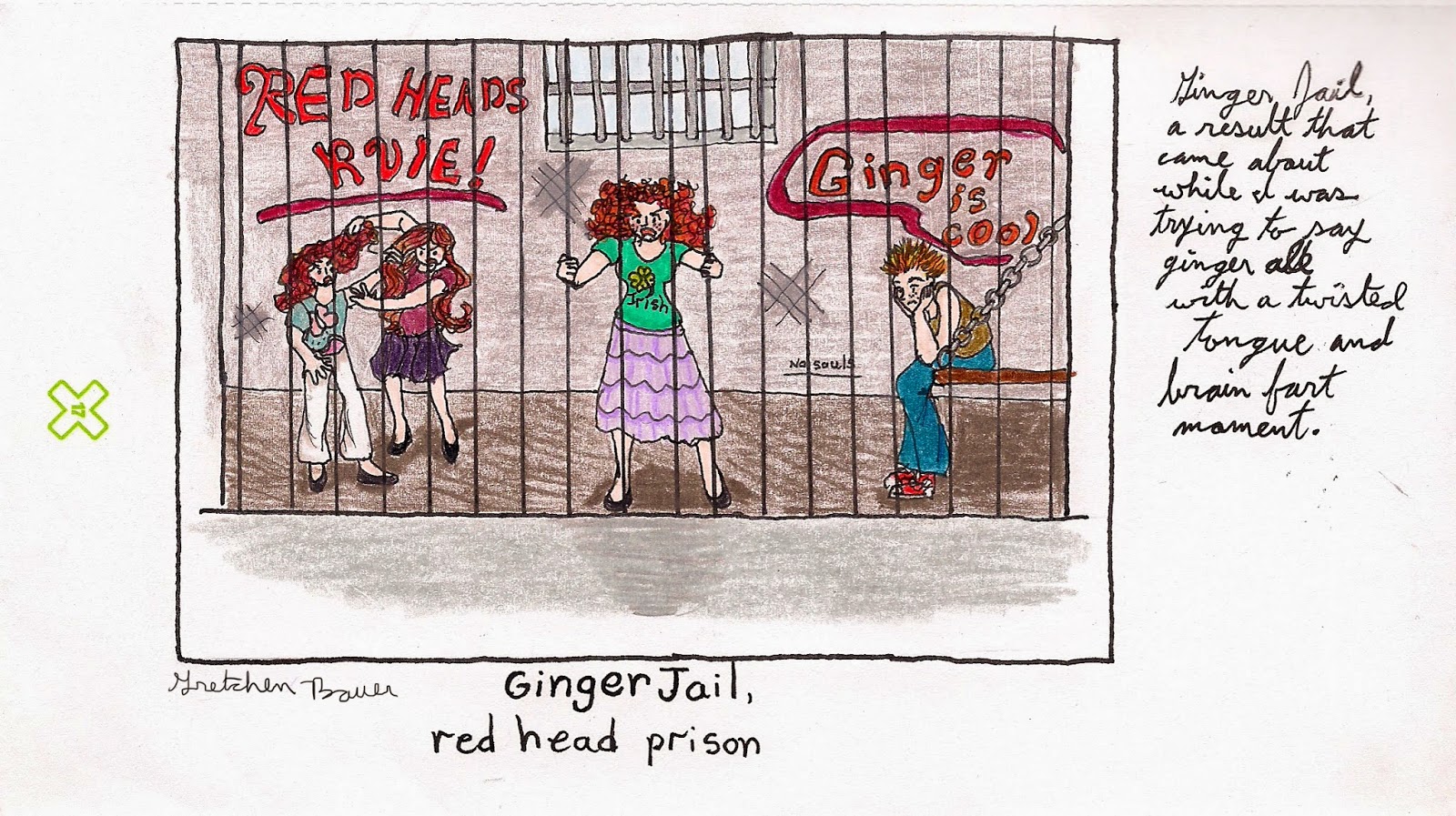 Love this comic, been putting off posting forever, sorry guys.

Ginger Jail, a comic based off an accidental occurrence, when one night I was trying to say ginger ale, and my tongue twisted into a knot, instead making my words ginger jail. That popped an idea in my head, ginger jail, red head prison.

I added several subtle details to this joke comic. The characters present are actually based off a few good friends of mine (both red heads). Middle one wrenching the bars, and the figure slumped on a seat to the right are based off these friends. Have fun finding all the other little details relating to cliches and jokes on gingers. Hehe. :P

I used black marker and colored pencil to make the comic in my three in one paper, purse journal.
Posted by Pearllight at 9:46 PM No comments: