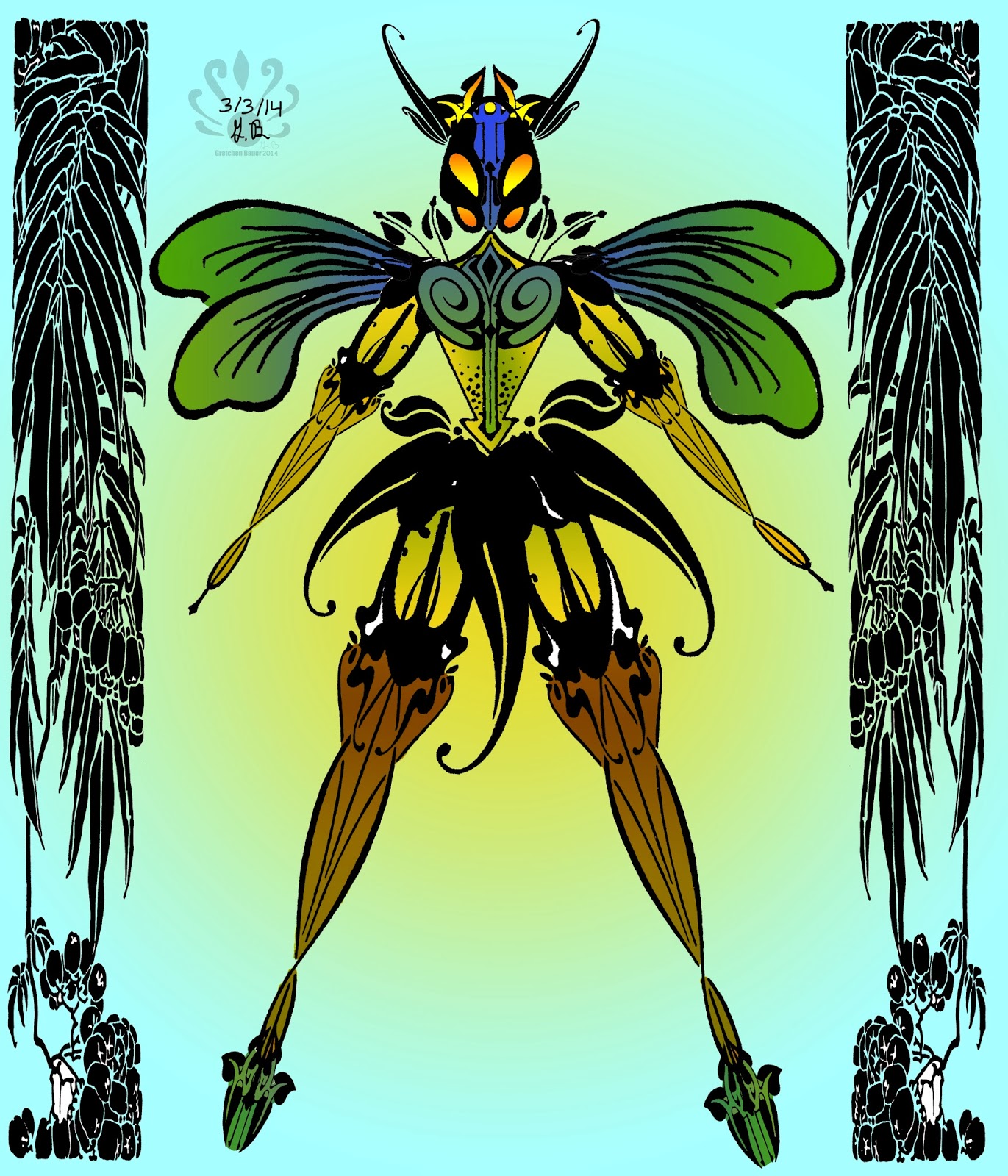 In previous post Compiled Motif Art-Jungle Being I shared the base structure of this feminine alien creature based off Bionicle. After sharing this design with my family, they pitched in their opinions which gave me a better idea, and encouraged me to work on the piece further.

First I got the tip that the skirt needed to be more flared so it was defined and separate from the leg shape. Second I was told there was an interesting wasp quality to the head, which is when I became inspired to take this image a step further.

As mentioned, this creature is based off a character from my fan fiction Life of Lewa, named Venimbus. The Junti species as a whole is my own invention, and then I remembered a very interesting detail that applies to this species. When I was told the head of this art piece looks wasp like, I suddenly remembered there was a special element that some Junti in my story have; that element being called the Bug Gene. The Bug Gene is a type of gene that makes a certain character have bug like traits (such as wings and weird looking eye shapes on their masks) and the ability to communicate and control insects. When I remembered that detail, I immediately knew what adjustments I wanted to make on this piece.

I adjusted the skirt so the legs were defined, then added a set of wings to complete the theme of a wasp Junti. Then once I got the new black and white version (below) I went in and added gradient color (final picture at top). I'm now much happier with the piece, more so than I even was before; and now see it as a perfect depiction of what a female Junti with the bug gene can look like. 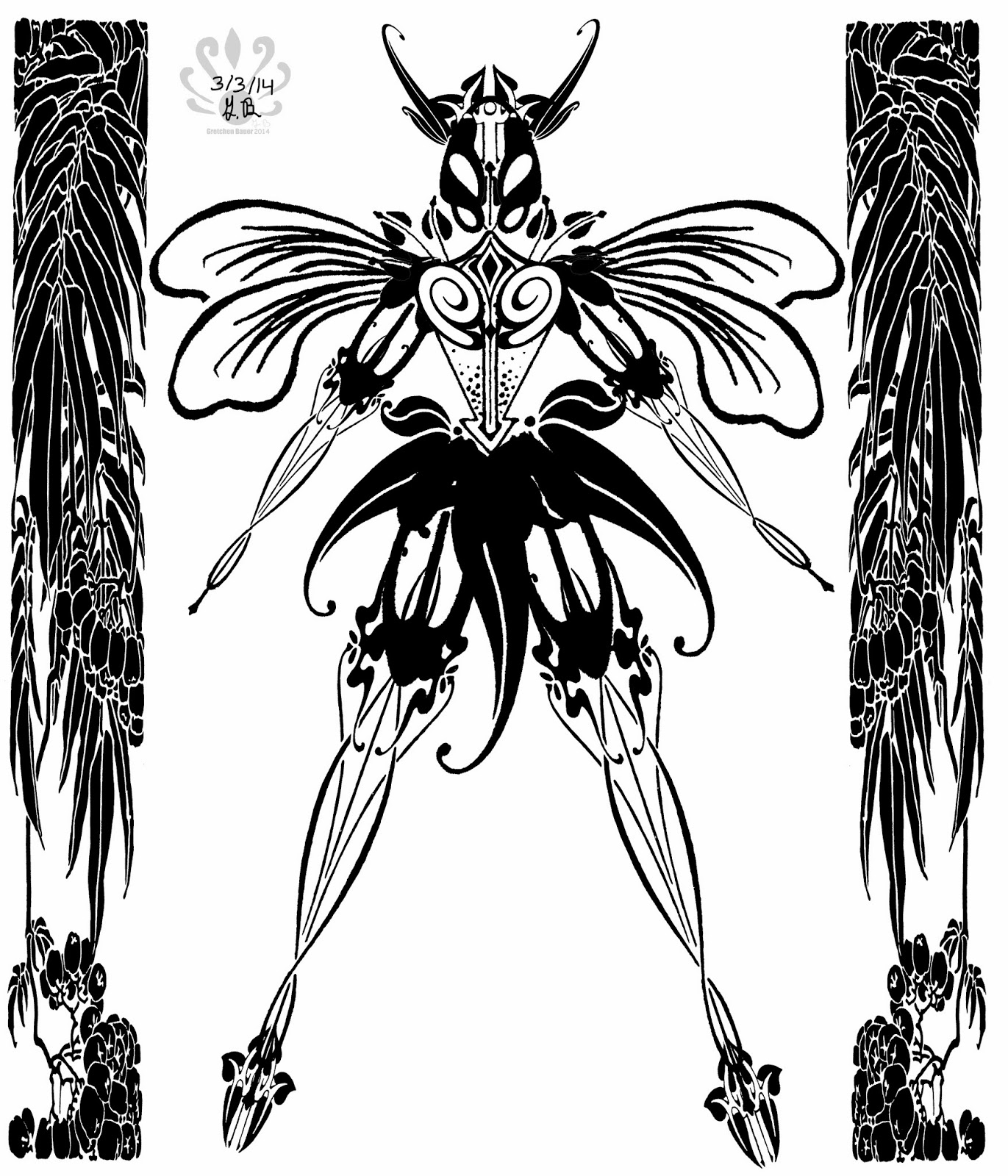