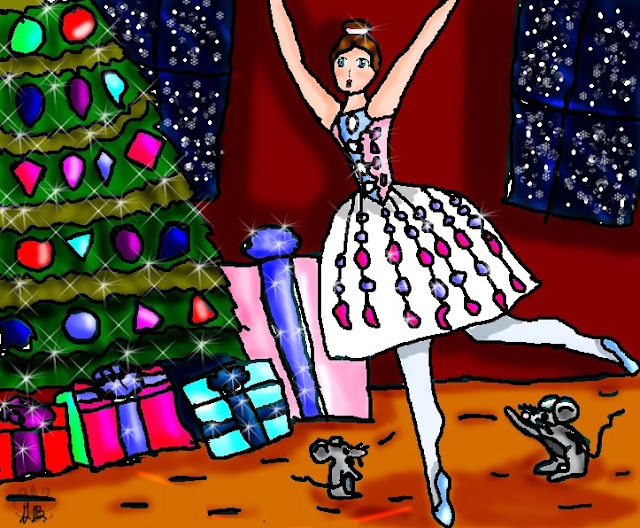 You know that scene in the Nutcracker where the rats come out in the middle of the night? Well, that's likely what this picture is about.

Obviously I had favorite scenes from the Barbie Nutcracker film; and my ability strong in drawing doll characters with bodies made of rubber. >_<

In the above image we have a poor frightened ballerina dancing around the rats. The smaller one to the left I think is an assistant of the Rat King, who stands on the right and gives his commands. Of course in an actual scene like this, one swift kick form a dancer's leg would kill a rat. 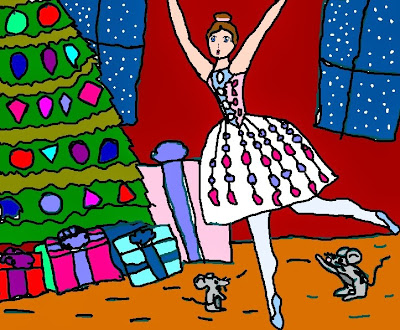 Original version (left). This picture really needed extra oomph to help it stand out. It was also a bit bright for a night scene, and resembled the colors of a well lit living room during the evening, not quite what it's meant to be.

I added in the needed shading, lighting; and depth color to the walls, Christmas tree, flooring, windows, and gifts. Then I added extra snow flakes to the windows, and applied sparkles to the main elements to complete the theme.

My favorite parts of the whole picture is the sheen on the windows, and the cuteness of the rat king.
Posted by Pearllight at 2:17 PM