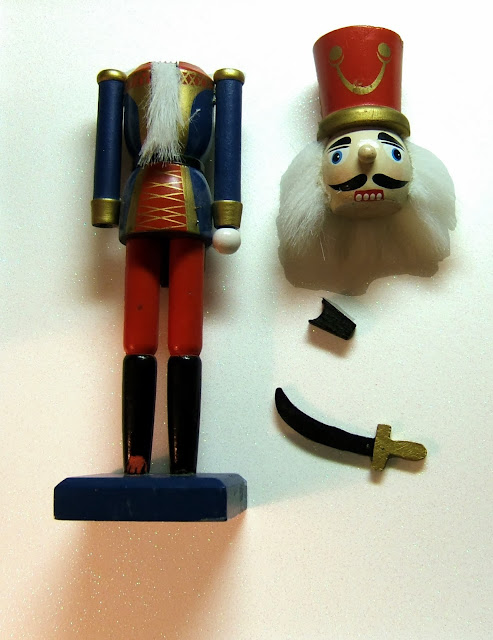 Back in the warm months as I was cleaning out my room, this poor nutcracker fell and broke in several spots. His head fell off, his sword popped away, his feet and hand also broke away.

You can see his poor state above. Look at him..no feet, no hand, a loose sword, and he lost his head.. the poor guy just broke down. *sniff* :(

This gave me an opportunity to try something new and different, Not all hope was lost for this poor nutcracker. I managed to find his one foot, didn't have luck finding the other one or his hand, but that's ok. I set out to make him new again; with just a little goop, and a gold hook. ^.~ 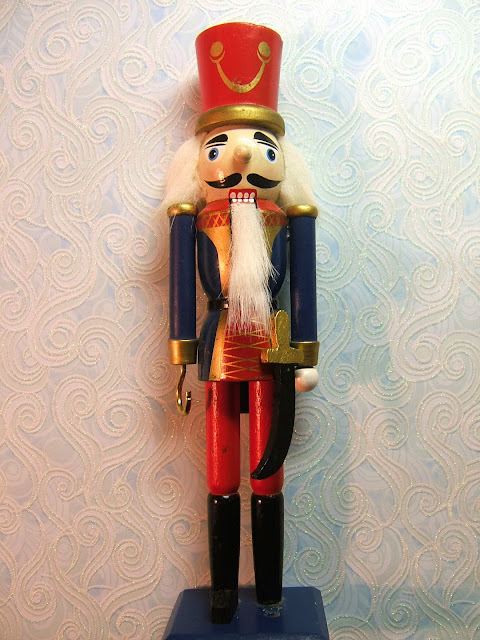 And so, he now is a new captain, a captain hook. XD That's right, I made him into a pirate. The wonders of goop are great, his head and foot went on and stayed, the swords was wedged back onto its nails, and the hook was easy to add since his arm was hollow. It's no problem either that he's missing a foot, now it serves as a peg leg.

It comes to show you with a little glue, some simple supplies, and a bit of creativity, even old toys can be made into something new.
Posted by Pearllight at 1:51 PM