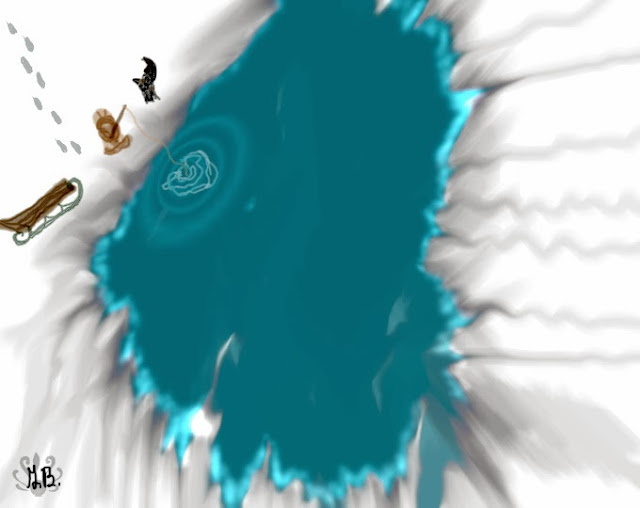 A young Eskimo and her black Husky traveled by sled to an ice hole said to be rich with fish. Still she sits waiting for one to bite, her fuzzy friend sitting near in hopes of sharing some meat if her catch is lucky.

Improvements made: I made minimal level tweaks, then added a glowing ice ring around the edges of the hole for interest, and put some extra ripples around the fishing string. 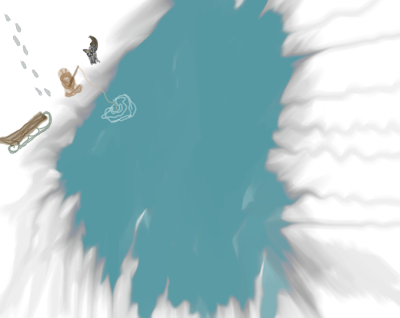 Original image (above) is milkier in color obviously. I think this milkiness can prove to be handy for making the scene seem very cold... like how a camera gets foggy when you stay out in the snow. I was more in the mood for a clearer day, so I adjusted the levels to make the color crisper.

Methods to make this image: I used all digital paint; and used the smudge tool on the edges of the blue spot, which caused it to blend and create gray lines on the white. I think it's rather interesting how the smudge tool can make a snowy edge seem shaded.
Posted by Pearllight at 2:23 PM