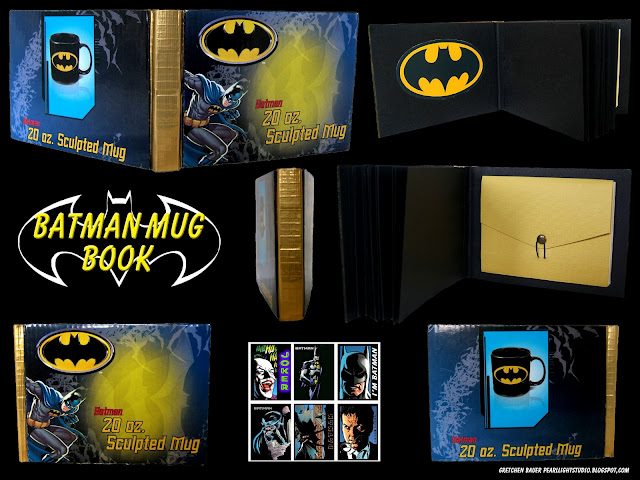 For nearly two some years... I do believe; I've kept this novelty box which once held a Batman mug. It was a Christmas gift for my brother; a practical joke, where we felt he needed a mug to go along with his Batman T shirt. I swiped the box when no one was looking, figured it was going to be discarded anyway, but I had an idea; and I went to sketch it. A few years later, and running a little late, I finally made the box into a novelty book as a birthday gift. 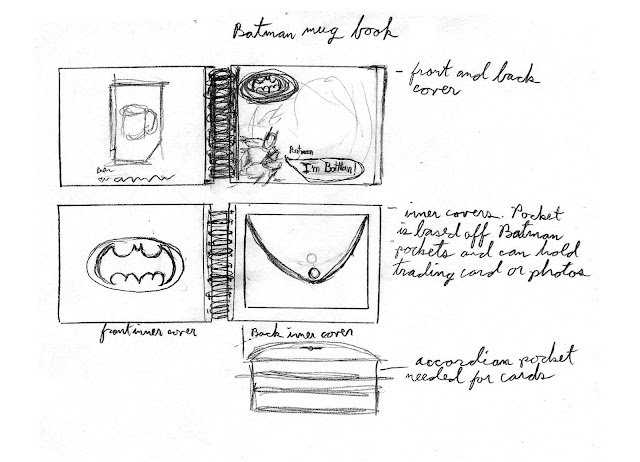 Above is the basic sketch page I did in my idea book. At first I thought about painting a speech bubble over the words "Batman 20 oz. sculpted mug", and then write in the speech bubble, "I'm Batman!"; but I decided against it, and saved that running joke for a trading card instead.  I also sketched out the accordion pocket idea; that inspiration credit goes to my sister. I had to actually designs the pocket from scratch...didn't have a template, so I had to make one. In case you want to know; the pocket is made of textured yellow scrapbook paper, smooth cream colored scrapbook paper for the pockets, an off gold brad, and some black elastic thread.

Something else you may notice is that I drew the book with spiral wires. Originally I was going to use my bind it all, but found that I couldn't use that method without destroying some of the cover; so I took the hand bound approach and made signatures instead, using the ribbon and cloth method. I made a base cover, then glued the boards to it, covered the spine with gold duck tape, and even ran black fabric paint along the edges of the box covers to hide that somewhat unsightly corrugated edge.

Back on the subject of trading cards; just below is the collage sheet I assembled on Photoshop. I included the batman symbol for the front inner cover...and it came out too large; thankfully I had a smaller one already printed. As for the cards, I fit the images onto a 2.5 in. by 3.5 in. format in the program, and did a little tweaking. Two of the images were clipets from the comic book, and the other four trading cards were made with selected images from a movie comic poster for the 1989 Tim Burton directed Batman film; this is why there's a Joker card. I simply took the pictures, applied them to the small canvas, and put in my own text for that extra bit of interest. The last step was fairly simple; I printed them out on Photo paper at the highest quality, cut the cards out, glued them to black scrapbook paper backings, and laminated their fronts. They actually came out better than I expected. 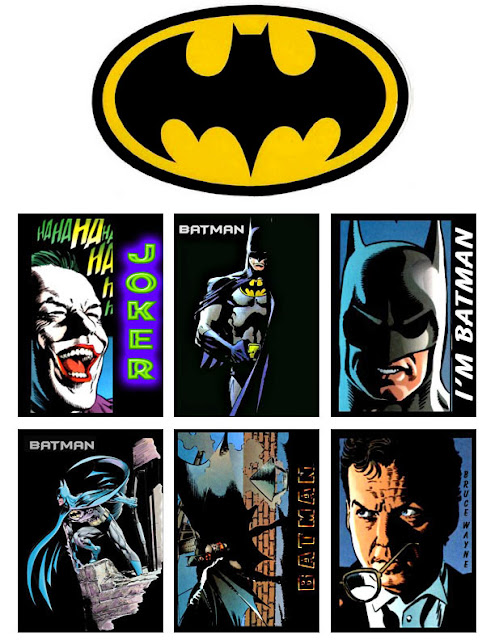 And now for some fun, here's a video I did to show you the book fully finished.
Enjoy. ^_~ 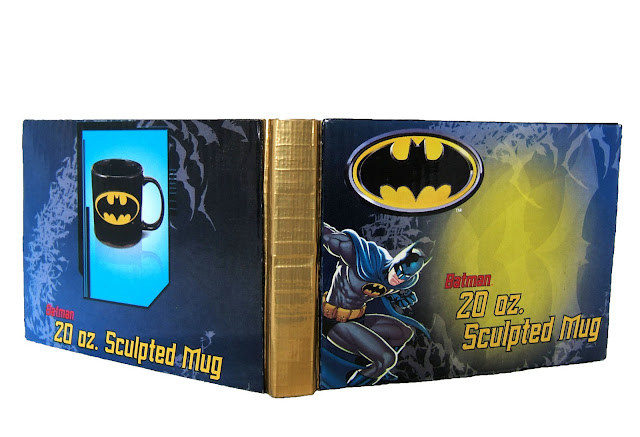 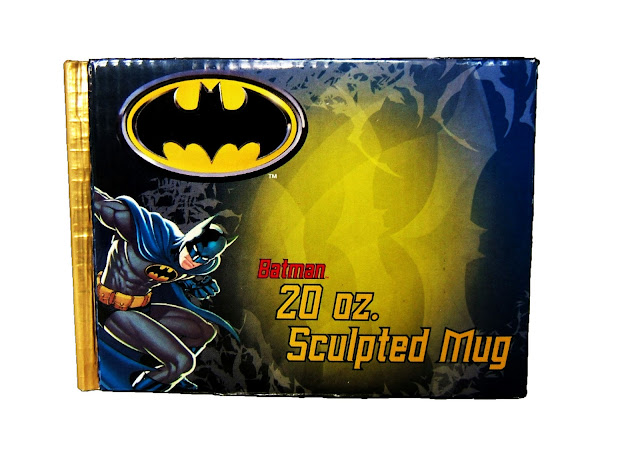 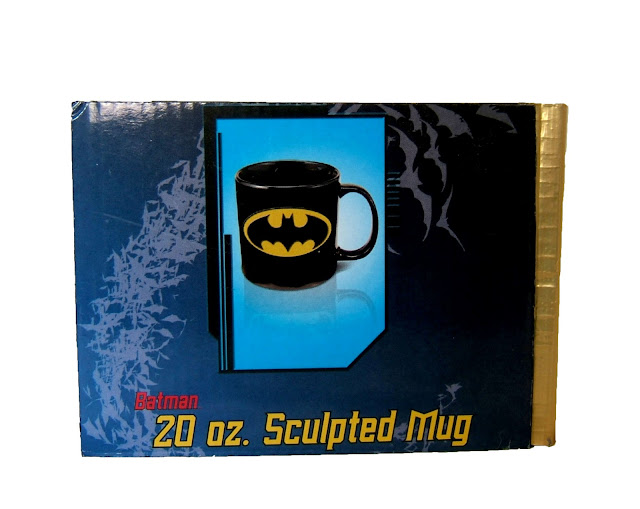 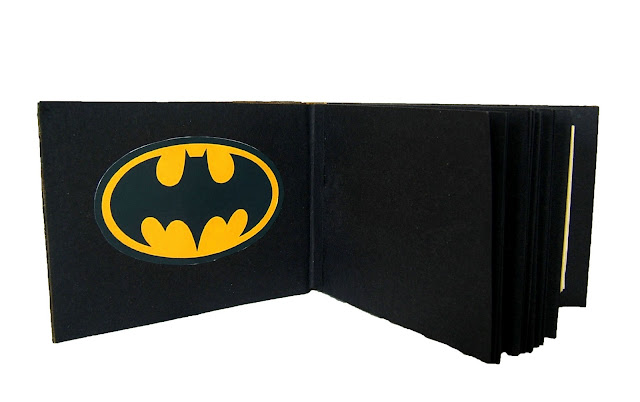 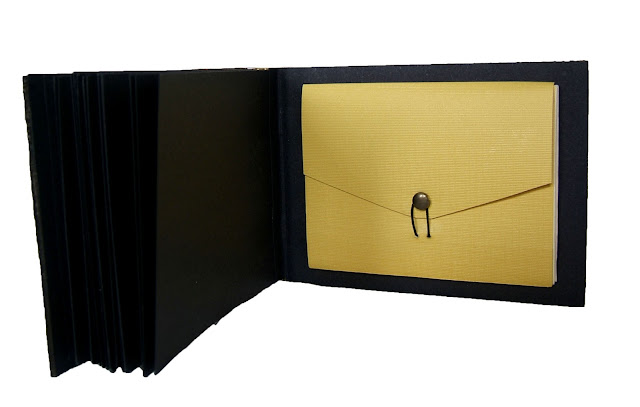 Back inner cover with card pocket


Posted by Pearllight at 5:22 PM No comments:

Email ThisBlogThis!Share to TwitterShare to FacebookShare to Pinterest
Labels: journal

My recent projects have involved improving old photographs and compiling them together in panels for a cleaner, and more professional appearance.

I blogged of this bath brush back in 2011, see here http://bionicfuzion.blogspot.com/2011/09/bionicle-bath-brush.html (I give more details about how the brush was made if you click the link);but the images never satisfied me. Thankfully I remembered that I already wrote a post about this project, and simply replaced the old pictures with the new and improved ones. For those geeky/nerdy types out there..some of you may know why this project is posted on my Bionicle blog; it is of course because my name is written in Matoran on the brush.

In the above panel I figured sharing the brush in stage one of pencil marking, stage two completed, and reference to my design process for the brush, was a good way of quickly showing the stages all in one. But since I like bigger close ups, I've also included the improved images on their own (below). 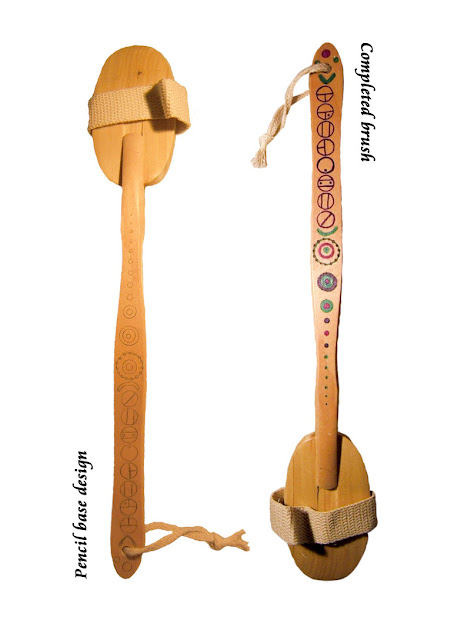 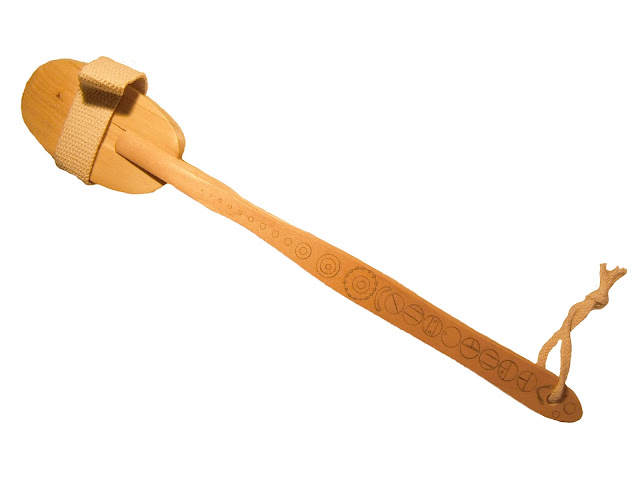 Surprising what a little improvement does for an image. All I did was extract it from the old backdrop, improved lighting, and pasted it onto a flat white backdrop. Tada, perfection!..... Or at least good enough. ^.^
Happy blogging, and stay tuned for future projects. ^_^
Posted by Pearllight at 5:08 PM No comments: 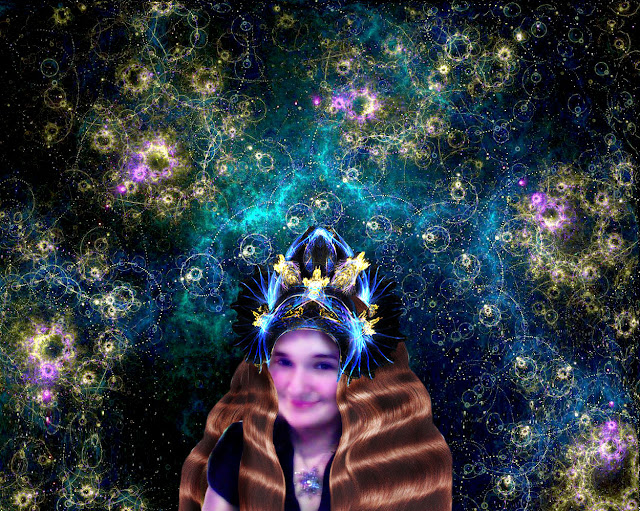 A recent experimental project I started alongside the massive load of projects to be started and in the making of, are these journal intro images. I made them as a label for the inside of my small 2010-2012 journal (click here for post to that project- http://pearllightstudio.blogspot.com/2010/09/most-recent-project-of-mine-is.html) which is why I call them intro pages, rather than a cover; though they can easily be used as a front cover. Figured it would be fun to make it celestial, and put an old picture of myself on this intro label, with name and years listed. I felt it would be fun to add that extra personal touch to a journal filled with my story.

Now, as an art piece, the main image above stands all right alone; but it didn't seem to match the color scheme of my book. So I completed the image as an experimental postcard, and went on to make two more choices which contained a better color scheme for the intro of my journal. This resulted in the two intro pictures below. 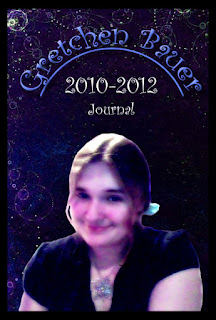 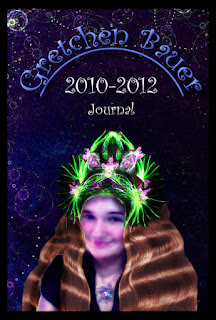 At first I tried to keep the the helmet and hair version, and just made adjustments to the color.... but, there's something which seems somewhat off about the picture when it's in that version, and I'll explain why in a moment. Because I wanted to get a feel for the natural side, I took the same picture of myself and put it on my chosen background to see which one looked better. In the end, the natural one (left) looked more appealing than the zany fantasy based one (right).  Now here's the reason the celestial fantasy version may seem a little off somehow; the focus and pixel size of my image is a lot lower than the pixel quality of the helmet and hair. Reason being is because the picture of myself was taken with a webcam, and therefore isn't the clearest quality. The hair I added was from a scanned image, and the crown is composed from parts of a fractal image; both of which have a higher pixel quality. This is why I call the pictures experimental, because I feel they could use more work, but for now will have to do for my developing projects.

I feel that the natural one is the better choice for my intro page, though I do still like the fantasy based one...even if it seems a little off. I just look at it as a collage, which it is, just in a digital format.


Process
My main goal was to match the color scheme of the intro page to that of the outer cover; which is why I took the blue space image, made it a purple tint, and isolated a spot of the picture I liked most as a composition (had to flip the backdrop 90 degrees left for that). At first I experimented with the fantasy version on my new backdrop choice, changed the color of the helmet to green, feeling there needed to be some green in there to match with the green on the book cover. I then added in text and played around with styles. After that I still didn't feel quite satisfied, so I went on to make the natural version, and asked for some opinion from others before settling on that choice.
A detail I would like to further mention about is how I did the helmet. There's something I really like about the helmet; it just seems to have this really interesting sci-fi, aquatic, plant like feel to it. The way I made it was by selecting a certain section of this interesting fractal image, adjusting color, and playing with the perspective. To get the full helmet, I doubled the selection and flipped one part of it 180 degrees; this is why the helmet has double frill. I think it's beautiful, and may design a costume to match it someday in the future.

Back to the craft table for me. Enjoy and stay tuned for more projects in the near future. ^_~

Posted by Pearllight at 1:29 PM No comments: